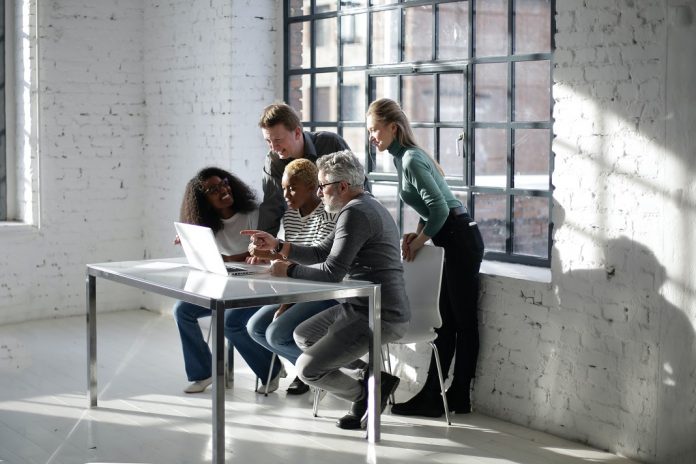 When coaches talk about why we love coaching, I can’t imagine you’d ever hear one of us say, “Because I love when my players complain about playing time.” Or, “I love coaching because my team hates one another and we all dread going to practice.” We don’t love the less positive aspects of coaching, but those are sometimes the reality of things. As John Steinbrecher said at the Women’s Leadership Symposium: “part of being a leader is dealing with the bad stuff.” John is the commissioner of the Mid-American Conference. I’ve shared with you what two other folks on his panel gave as their keys to being a good leader (see the links below to read those posts), but his focus was a bit different. It was on the tough stuff. Here’s a quote that I loved:

“One of the challenges of leadership is to navigate the competitive and collaborative cultures.”*

Isn’t that the essence of the coach’s job in terms of creating a true team? By their very nature, teams are competitive. But in order to accomplish corporate goals, folks who are competing with one another for playing time must collaborate. So what’s a coach to do? While I used John’s points as a starting off point, the content is tailored just for coaches.

3 ways to ensure collaboration can coexist with competition

Value competition. And not just against other teams, but within your own team. I believe we have to sell our teams on competition. If your only goal is to pit your players against one another in practice situations and let them “fight to the death” over a playing spot…well, you can expect some antagonistic relationships. In my opinion, the smart leader (that’s you, Coach) will show their players that being a good teammate means pushing their team to be the best they can be. So the competition within practices doesn’t come from a selfish place, but a very caring one.

Give everyone a role. The unfortunate part of this plan is that not everyone will like the role they’ve been assigned. Some folks’ role will be team leader. Others will be that of a starter. Some of your team will be given the role of “first off of the bench.” I’m sure you can see where this is going, that last group will be your reserves…or bench players. I’ve always said that where there’s a team, there’s someone who’s unhappy with their place on it. You can’t make everyone happy, but hopefully you can help them empathize with one another.

Be open to change. After saying all of that, you’ve got to create an atmosphere where your players they have legitimate chance to change roles. This means that your non-starters have to believe that you’re constantly evaluating and that they have a chance to move up the food chain. Conversely, your starters need to understand that their positions aren’t set in stone and that every day you will assess whether or not you’ve got the correct grouping of folks out there to make victory more feasible.

I believe if we do all of these things, with open communication, collaboration on a common goal can exist within an immensely competitive environment.

*Notice I have direct quotations from the speakers? Yep, I warned you that I’m super nerdy when I go to seminars and conventions and whatnot.

Dawn Redd is the Head Volleyball Coach at Beloit College. Come visit Coach Dawn’s community of coaching nerds and team leaders over at her blog, http://www.coachdawnwrites.com, where she teaches how to become an excellent coach, motivate individuals, and build successful teams.

Her book, Coach Dawn’s Guide To Motivating Female Athletes, may be purchased on her website.