You are at Home Opinion Unlocking the Potential of Your Brain by Discovering How to Think!

Unlocking the Potential of Your Brain by Discovering How to Think!

I realize you are saying to yourself, “I already know how to think”.

In the next 2 minutes, you will discover one of the greatest strategies that has been practiced by the greatest thinkers who have ever lived.

When I was a student at the Juilliard School, one of my professors would assign a book or article for me to read each month. The professor would make a statement about the book and would ask me a question causing me to think about it. I also had to submit a short summary of what I had just read. I realized that his ultimate goal was to develop artists who were often great thinkers!

One of the people whom I was introduced to via these books was Dr. Gerald Edelman. Dr. Edelman studied the violin as a child and contemplated a career as a concert violinist. He decided to pursue a career in medicine and later won a Nobel Prize in 1972 for immunology work and in 1973 he began studying the human brain. He continued to perform in a series of classical music concerts at his Neurosciences Institute.

In Dr. Edelman’s book (1992) “Bright Air, Brilliant Fire: On Matters of the Mind”, he said each of us has a “Darwinian Brain” that evolves with the stimulation you give it! For example: A young child taking violin lessons for 2 or more years will “develop and adapt strong neuronal connections enhancing their brain function.”

Professor Lincer also assigned “Awakenings” by Oliver Sacks, M.D., who wrote many books on his neurological case histories of his patients. He was a Professor of Clinical Neurology at the Albert Einstein College of Medicine. Dr. Sacks studied the piano as a boy and continued to play throughout his life.

He said “music has been the profoundest non-chemical medication for our patients. What we see, fundamentally, is the power of music to organize-and do this efficaciously as well as joyfully, when abstract or schematic forms of organization fail.”

Classical music has the power to organize the brain because of its complex rhythm.

Dr. Sacks had a patient suffering from severe Alzheimer’s. The patient “responded to ballroom music by taking his wife in his arms and looking into her eyes and dancing with her.”

One of his patients had a stroke and could no longer walk or talk. Dr. Sacks brought in an accordionist who played a familiar song, and the patient started to sing the song with him. Music has the power to stimulate memory. “Memory says Dr. Sacks, is the key to a sense of self” and music evokes emotion and emotion can bring its memory.”

I recognized there is a scientific link between studying musical instruments and academic and societal success. Studying a musical instrument develops millions of new connections, synapses, between nerve cells in the brain. Many of the world’s scientists, doctors, teachers, authors and mathematicians are also musicians.

Over the years Professor Lincer and I continued our conversations about the many books and articles he had me read. I have incorporated our discussions into several of my books, articles, radio shows, and blogs over the last twenty plus years and also, at his urging, had a dialogue with both Dr. Oliver Sacks and Dr. Gerald Edelman.

What I realized is that Professor Lincer was teaching his students to develop an Aristotelian fascination with the skill of critical thinking. Aristotle made statements and asked questions leading the student to thinking through to a well-chosen answer.

Aristotle’s “Ethics” is about all the aspects of “How to lead a good life.” Family values/community, the Virtues: “wisdom, temperance, courage, justice, and friendship. Doing the right thing and making the right choices defines us. The different kinds of friendships to connect with others.”

The magic of studying Aristotle’s method of thinking is that the student is independently discovering facts aided by Aristotle, rather than being instructed by him. It forces us to use inductive and deductive reasoning as critical thinking methods.

The greatest gift a teacher can give their student is to teach them how to think… not what to think.

Madeline Frank, Ph.D., DTM is an Amazon.com Best Selling Author, speaker, business owner, teacher, John Maxwell Team Member, concert artist, and parent. She helps businesses and organizations “Tune Up their Business”. Her observations show you the blue prints necessary to improve and keep your business successful. Her latest book “Leadership On A Shoestring Budget” is available everywhere books are sold. If you need a speaker contact Madeline at: mfrankviola@gmail.com 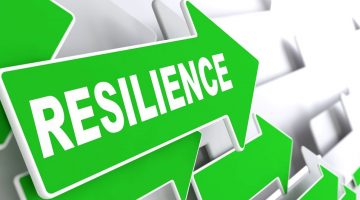 When Things Go Wrong In Life, Don’t Follow Your Problems 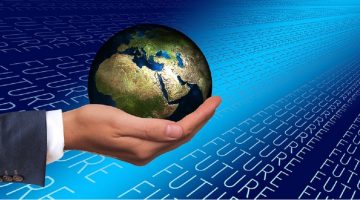 “The world is going to need talented people, that hasn’t changed.” 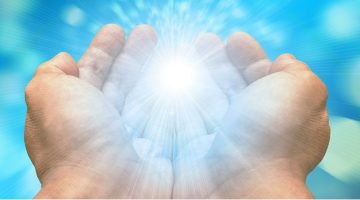 Here’s How to Energize Yourself Again After Feeling Locked Down