A pale expression held his face. Holy ‘blank’ was the four-letter word obscenity he uttered. We’re in a full-blown crisis! Dumbfounded, he said, what are we going to do now? We have to negotiate with them! His associate said, let’s meet with our adversaries. We can read their micro-expressions during the meeting to gain insight into their real thoughts and feelings. That’ll allow us to know what’s really on their minds.

Do you know how to read micro-expressions? Do you know what they are? Continue reading, and you’ll be able to answer both of those questions. Plus, you’ll discover how you can use them when you’re in a crisis.

Micro-expressions are emotional displays that last for less than a quarter of a second. They reflect the reality of someone’s thoughts at that moment. Hence, if you’re able to interpret someone’s emotional displays accurately, you’ll have insight into their current emotional state. Doing that will give you insight into how they feel about an offer or statement. During a crisis, having this insight gives you real-time information about the direction you should take.

There are seven micro-expressions generic to everyone throughout the world.

Knowing someone’s real thoughts allows you to understand their source of motivation – and that’s the benefit of being able to read someone’s expressions.

During a crisis, use the unannounced information you’ve gathered and assess how strong the opposition is. From there, determine the degree of mental or real force to summon. Another plus is the ability to evaluate the commitment that those on the opposing side have to one another. Accordingly, if you can identify those with less alliance, you may be able to separate them from the others. Therefore, you’d be weakening their numerical strength, which may assist in decreasing their overall power.

Once you’ve gathered the mentioned insights, consider different ways to use them to your benefit. As an example, you might:

While genuine micro-expressions give insight into one’s mind, you can fake them. As an example, you can exaggerate contempt by turning one corner of your lip up and allowing it to linger longer than a micro-expression. Even if the other person didn’t initially observe your expression, you could ask if he saw what you’d done. Regardless, you’ll have him on the defense by asking questions and him answering them.

There’s nothing more daunting than sizing up an adversary and not identifying its true leader. That means you must be hyper-aware of who your real opponent is and the decision-making abilities they have. You’ve heard about the power behind the throne. Even more so during a crisis, that’s who you want to confront. Your rivals may have a shared leadership structure or using a front-person as the face of their team. They’d do that to confuse you.

To identify a power source, observe who might look at whom for confirmation before making or accepting an offer. You can also detect subtle signals per the hesitation in committing that act. That’s where your observance of micro-expressions will lend assistance in identifying a person fronting as one possessing power.

Being able to identify and interpret micro-expressions accurately will give you an enormous advantage in any situation. During a crisis, having this skill will magnify your power exponentially. So, if you use this ability wisely, you’ll deter and avert more crises… and everything will be right with the world. 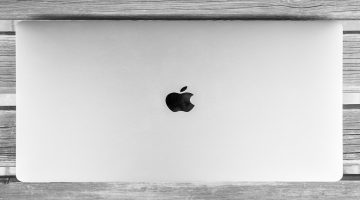 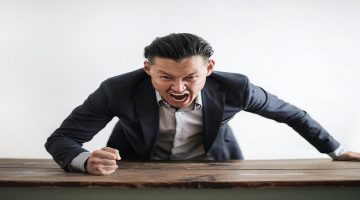