In our recent Pensions Survey, we asked whether the implementation of automatic enrolment in Ireland will happen in light of the economic consequences of COVID-19. We take a deeper look into the results and look at the alternatives.

Survey Question: An Auto Enrolment (AE) pension system is scheduled to be rolled out in Ireland in 2022. Do you feel this will now happen in light of the economic consequences of COVID-19?

Three possible answers to this question were provided and respondents could choose one, they were:

The Roadmap for Pensions Reform, published in 2018 by the Department of Employment Affairs and Social Protection, contained a commitment to implement an AE system by 2022. In August 2018 a “strawman” proposal was issued, the purpose of which was to put forward a potential structure for AE and to initiate a consultation process on its features. In our November 2019 e-zine, we noted that while the initiative had proved to be a positive step, many aspects of the AE proposal were still in need of agreement. For instance, the State contribution level had not been finalised and the prescribed minimum standards for existing pension schemes had not been established.

The response to our survey question shows a degree of pessimism that was not unexpected in the current economic climate. As State spending escalates and unemployment remains at a record high level, it is unlikely that further spending on a new AE system will be high up the next government’s agenda. AE may also prove to be unpopular for the moment for cash strapped businesses and employees.

The 2010 National Pensions Framework contained a proposal for AE which anticipated implementation by 2014. At the time, the Irish economy had fallen into recession and during the aftermath of the credit crisis large scale expensive pension reform was not a priority. Though AE was mentioned in the joint COVID-19 recovery document produced by Fianna Fáil and Fine Gael it did not refer to a timeline for implementation.

An Alternative to AE for Now?

For those currently without pension provision the PRSA remains an option. The PRSA was introduced in 2002 to offer a simple portable pension, but it has not proved to be as popular as initially hoped due mainly to fee levels and certain investment restrictions. However, PRSAs are flexible; holders can increase, decrease or stop their contributions without charge or penalty and a PRSA can be moved from job to job or transferred to another PRSA provider without charge or penalty.

The speed and strength of the economic recovery from the COVID-19 pandemic will be a critical factor in the prospects for AE implementation. If 2021 sees a dramatic strengthening of the global economy and employment levels in Ireland, it is possible that we will see the implementation occurring in the next 3-5 years, although the target of 2022 looks very optimistic. However, if the economic recovery is prolonged we can expect to see AE slip further down the list of priorities. 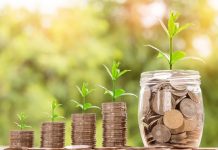 The Benefits of Saving for Retirement 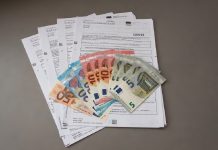 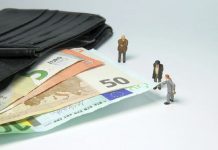 The Future of Single Member Pensions

The Benefits of Saving for Retirement

The State Pension Age in a Post Pandemic Ireland