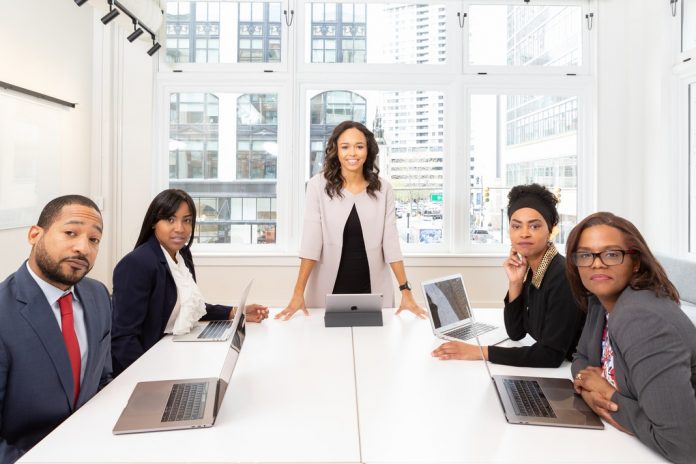 I’ve trained and coached hundreds of managers over the years and I have to say I see the same issues arising again and again.

A lot of problems come about, not because managers aren’t working hard or because they lack skills, but because they haven’t made the mental shift necessary to step into the role of a manager.

What do I mean by that?

Well, there are a number of things which new managers need to grasp about the role. Unfortunately, many don’t. In fact, many still don’t grasp these things even after years of being managers. And this makes their lives much harder. It also has an impact on the people around them.

Here are 4 things I suggest that managers need to realise, and the sooner the better!

Yes, you would like to be, and you want to be liked and accepted just as you used to be before you were promoted – but it doesn’t work like that. You cross a line when you become a manager and you’d better get used to that fact. People look at you, and treat you, differently, even people you’ve known for years. And, in a way, they should. Your role has changed now and you have some power and responsibility that you didn’t have before. The rest of the team know that, even if you don’t. Pretending nothing has changed only makes you seem weak as a manager.

2. You can’t, and shouldn’t do everything yourself.

But that’s not your job any more. Your job now is to get things done, not to do everything yourself. So you need to use your team – you know, those people who are sitting around without enough work to do because you’re still doing it all yourself.

In a word – DELEGATE! If you don’t, you’ll have too much to do, other people won’t have enough and they’ll get frustrated, the work will be done at the wrong level and it will be more expensive for the organisation.

3. You’re responsible for other people’s performances.

Linked to point 2, you’re now responsible for getting results by helping other people to perform as well as they can. You’re not just responsible for your own results any more, you’ll be judged by how well your team, your group, your department performs.

So it’s no use just thinking about doing your own work well, you need to think about how to get the best out of others. All that “management” stuff, like delegation, giving feedback, training, coaching, motivating and developing other people.

I realise that your previous role may not have prepared you to be able to do all these things. Few managers arrive in their new role with all the necessary skills in place. But the first step is realising that it’s your job to do them. Then you need to develop the skills – that’s why organisations hire people like me to do management training (and my sincere thanks to all of them).

Yes, like it or not, you’re now a role model for the people around you.

What, you mean you didn’t realise it? Well, earlier in your career, didn’t you ever look at the person who was your manager then and make judgements about the way he or she behaved? Did you never think, “Well, if I was a manager, I wouldn’t do that.”? Or, “Wow, this person’s great. If I ever become a manager, I want to be just like that.”

People will look at you now and, based on your behaviour, they’ll make adjustments to the way they behave themselves. They’ll look to you to set the standard for what’s acceptable and what’s expected. If you set the bar low, don’t expect them to raise it.

These are just 4 of the things that I see managers struggling with, 4 of the mental shifts that you need to make if you’re going to be successful. Sorry if no-one told you when they gave you the job but at least I’ve told you now.

No need to thank me.

Alan Matthews has written The Book Of 100 Management Tips, which is available free from [http://www.manageleadsucceed.com]. It contains tips to help you become an effective leader, including how to give feedback, how to deal with conflict, how to make meetings more productive, how to manage your time, how to… oh, far too much to mention here. Go and get your copy now!