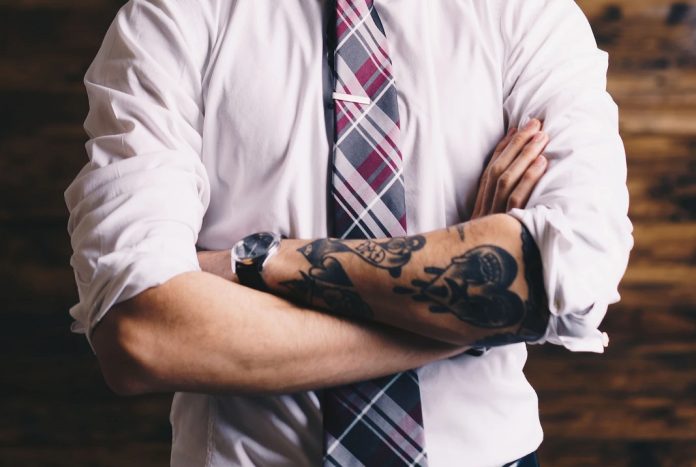 The issue of diversity and inclusion has taken centre stage in Irish employment law in recent times. Typically embracing diversity meant focusing on the nine protected groups identified under equality legislation. Arguably diversity could reflect any grouping of people bonded together by some common interest, aim or belief. With that in mind, it should be noted that surveys carried out in Ireland in 2019 suggested that approximately 35% of Irish people had tattoos. Historically, tattoos were associated with diverse subcultures but in today’s world, they have entered the mainstream. Tattoos are now seen by many people as a form of self-expression. As a result, it has become more common for people to display their “body art” visibly, for example on their lower arm, neck or face.

To a large extent it is open to employers to determine how their employees should behave while at work. This extends to the image an employee should present to customers and the public. Typically, employers manage this aspect of the employment relationship by issuing a Dress Code to employees which sets out acceptable and unacceptable attire. Such codes will address the issue of tattoos or piercings. As the dress code is set by an employer it is open to them to take an open or a conservative approach to such policies. What is deemed to be acceptable in various workplaces is often influenced by the particular sector. Historically suits were considered normal office attire for professional roles, with more casual clothing being adopted by more creative sectors. With the movement towards working from home many employees are now starting to question the necessity for the strict dress codes that operated pre-Covid for the first time.

In a workplace which seems to be moving towards inclusivity employees may now raise the issue as to whether a prohibition on displaying tattoos at work is a form of discriminatory behaviour. Many employees would argue that a tattoo has no impact on their ability to do their job and in those circumstances should simply not be a consideration when assessing them from a performance perspective.

One of the key impacts of the pandemic is a relaxing of dress codes in professional environments. In circumstances where it now seems to be generally accepted that employees can work effectively from home without wearing a professional “uniform” it raises the question as to whether a blanket ban on tattoos or displaying tattoos accurately represents our new world of work.

Although it seems to be becoming more acceptable for employees to exhibit visible tattoos research has also suggested that this acceptance is more common in creative sectors than in white-collar environments. If employers believe that customers’ negative attitudes towards visible tattoos on employees may affect their business interests, they may decide to retain a strict dress code for some or all employees, for example, customer facing employees. Given the current skills gap, the focus on flexibility and the bargaining power held by employees’ employers may want to relax their dress code to limit the risk of staff attrition.

The Employment Equality Acts 1998-2015 prohibits less favourable treatment under nine grounds to include gender, marital status, family status, sexual orientation, religion, age, disability, race and membership of the Traveller community. An employee is said to be discriminated against if they are treated less favourably than another employee is treated, has been treated or would be treated, in a comparable situation on any of the nine grounds. Research indicates that tattoos are more common in those under the age of forty and that people get tattoos for a variety of reasons such as self-expression, to represent a personal narrative or life event, a representation of spiritual, religious or cultural traditions or beliefs or identification with a specific group. Given that tattoos are more prevalent in the younger workforce there may be an argument to be made that it is discriminatory on age grounds. Those with symbolic tattoos may also argue that it is a form of discrimination on religious grounds.

Under UK law, tattoos and body piercings are expressly carved out of the definition of disability under equality legislation because they are not “severe disfigurements that are treated as having a substantial adverse effect on the ability of the person concerned to carry out normal day-to-day activities”. However, there is no prohibition on employees taking discrimination claims under age, race or religious grounds regarding tattoos. Interestingly ACAS published guidance in 2016 where it urged employers to carefully consider the reasons for imposing any tattoo ban and recommended that companies should have sound business reasons for imposing such a ban. The Metropolitan Police have also relaxed its blanket ban on recruiting candidates with tattoos and now review candidates with tattoos on a case-by-case basis. All this suggests that there seems to be a movement towards accepting visible tattoos in the workplace in the UK.

Unlike the UK there is no specific carve out for disability discrimination for employees with tattoos in Ireland. There would certainly appear to be a case to be made in this jurisdiction that the prohibition of visible tattoos in the workplace could be discriminatory in nature. Such equality claims would be most likely to arise under the grounds of age, race and religion. There has been very limited caselaw around this issue to date. However, the recent discrimination case Andrzej Waszkiewicz v Allpro Services ADJ-00031340/2022 centred around the Claimant’s religious tattoo. In that case the Claimant alleged discrimination had occurred on the grounds of race and religion given that he was Catholic and Polish. It was also alleged that the Claimant had previously been subject of a campaign of bullying by a fellow employee and that the Respondent failed to respond appropriately to his complaint of bullying.

Ultimately the Adjudicator determined that the employee had been discriminated against on religious and race grounds in circumstances where derogatory comments had been made by another employee regarding the Claimant’s Jesus tattoo. It was also submitted that the same employee had laughed at the Claimant’s religious traditions and questioned the credibility of his religion. It was disputed that the Claimant received the Dignity at Work Policy during his employment. The Claimant failed to lodge a grievance as he believed it would not be addressed by the employer. Despite this fact, having heard both sides, the Adjudicator preferred the evidence of the Claimant. The Adjudicator determined that the Claimant had established a prima facie case of harassment on the grounds of religion and race and ordered the Respondent to develop and effectively communicate workplace anti-harassment and bullying policies that complied with the relevant statutory Codes of Practice in the workplace. In assessing the compensation to be awarded to the Claimant the Adjudicator relied on Von Colson and Kamann (1984) ECR 1891 and made an award of €15,000 (€10,000 under the religious ground and €5,000 under the race ground) that he believed would be “effective, proportionate and persuasive”. This award makes it clear that what might be deemed harmless banter around the issue of tattoos in the workplace can have serious repercussion for employers. It also highlights the fact that an employer must treat all grievances lodged by employees appropriately. In this case the Adjudicator accepted that the employee did not have to raise a grievance in circumstances where an employer had failed to address similar concerns raised by the employee at an earlier date.

What should employers do now?

About the author
Sinead Morgan is a Senior Associate, practising as part of the Employment Law Team at RDJ LLP. She has significant advisory experience providing prompt practical employment advice to employers and HR practitioners on areas such as employee benefits, grievance and disciplinary processes, redundancy and restructuring processes, dismissals, Covid-19 related issues, health and safety and GDPR issues. She takes a hands-on approach when dealing with clients with an emphasis on mitigating risk. She has advised across a range of sectors from retail and manufacturing to biotech, outsourcing and start-ups.

Sinead has a strong background dealing with contentious matters and regularly represents employers before the Workplace Relations, Labour Court and High Court in a variety of disputes to include misconduct dismissals and redundancies.

Sinead also works with the corporate team in completing due diligence projects and addressing employment and TUPE issues at various stages from tenders to post completion queries.