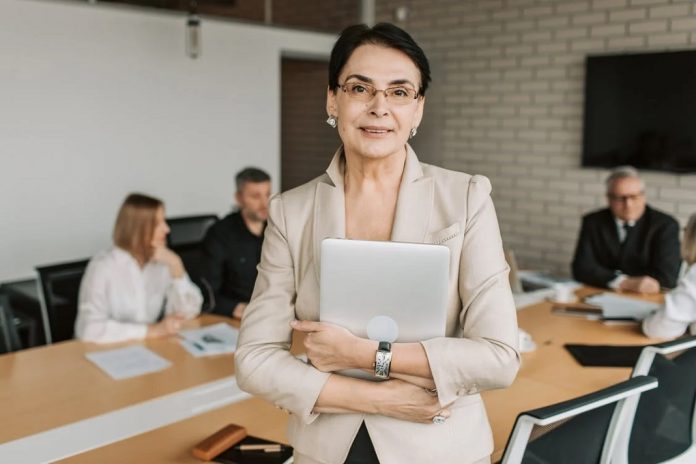 There has been an increased discussion around menopause, its impact on female employees and the workforce in recent years. Menopause has occurred when a woman has had no menstrual cycles for twelve consecutive months. The period preceding the menopause is termed the perimenopause and generally occurs for between four and six years prior to the menopause. This period is commonly known as “going through the menopause”. It is generally accepted that menopause affects women between 45 and 60 years of age, however it can occur much earlier for some women. It also accepted that many of the symptoms linked to menopause can have a negative impact on an employee’s health which can impact on their productivity at work. This was highlighted by a 2021 UK study which found that twenty-three per cent of women who had been unwell as a result of the menopause had left their jobs. The spotlight was also placed on this issue in Ireland in 2021 after significant media coverage on the Liveline radio show. Following on from this publicity the menopause issue was incorporated into the Government’s Women’s Health Action Plan 2022-2023.

Despite an increasing number of disability cases taken in the UK in relation to the menopause issue there has been no definite ruling as to whether the symptoms of menopause reach the threshold of a disability in the UK. In one of the more recent cases Rooney v Leicester City Council EA-2020-000070-DA and EA-2021-000256-DA, the Employment Appeal Tribunal held that the Employment Tribunal was wrong in finding that the Claimant’s menopausal symptoms were not severe enough to constitute a disability. The claim was then remitted to be considered by a new tribunal. A decision is awaited in that case. There is also a growing body of UK case law in relation to sex and age discrimination linked to the menopause.

Historically Ireland has followed the UK’s lead in relation to many employment issues. However, it is noteworthy that the definition of disability under the Employment Equality Acts 1998-2015 (“EEA”) is broader than the UK. Disability as defined by the EEA includes “both the total or partial absence of a person’s bodily or mental functions” and “a condition, illness or disease which affects a person’s thought processes, perception of reality, emotions or judgement”. It also includes a disability imputed to a person.

There is an argument to be made that menopause cannot be a disability as it is a natural part of the aging process however in circumstances where symptoms of the menopause include hot flushes, brain fog, fatigue, low mood, headaches, weight gain and joint pain it is entirely possible that menopause symptoms could be deemed to be a disability by the Workplace Relations Commission (“WRC”) in certain cases. There has been limited caselaw around the issue of menopause in Ireland to date. In Rotunda Hospital v Siobhan McNally EDA 2148/2021 the Complainant brought claims on grounds of gender and disability alleging victimisation, non-provision of training, failure to provide reasonable accommodation and harassment. On the disability grounds the Complainant stated that she suffered from stress and the effects of the menopause. A final determination of the Labour Court is awaited in that case. In the case of Ann O’Kane v Health Service Executive West EDA084/2007 the Claimant unsuccessfully alleged that she was discriminated against on age grounds in circumstances where menopause queries had been directed to her during an internal interview process. In that case the Labour Court held that no inference of discrimination could be drawn given that the complainant’s age was not referred to at any point.

Typically, women who pass through the menopause suffer varying symptoms meaning that any case would need to be examined on its merits. Give the broad interpretation of “disability” by the WRC it is likely that at least some cases would meet the threshold of a disability. Once a disability has been identified it will trigger an obligation by the employer to make a reasonable accommodation for the impacted employee. This accommodation could impact on a variety of issues such as working conditions and terms of employment. Given that menopause is an age-related condition and is linked to a specific gender, separate gender and age discrimination claims could also arise.

Given the current difficulty in acquiring and retaining staff in Ireland and the labour market gap employers may need to place a greater focus on retaining older, more experienced employees. In those circumstances employers need to be live to the fact that female employees impacted by menopause symptoms are more likely to remain if they feel supported within the workplace.

There are currently no additional health and safety obligations placed on employers in relation to menopausal employees other than the employer’s statutory duties under the Health, Safety and Welfare at Work Act, 2005. Having said that given the focus on this issue and the obvious risks attached to this category of employees we would advise employers to consider taking proactive steps to support menopausal employees in order to mitigate against the risk of claims. Those steps could include raising awareness, carrying out risk assessments, providing training to managers to deal with issues that might arise around menopause, delivering that training and reviewing policies and procedures generally. Some organisations have gone one step further and introduced a Menopause Policy setting out an organisation’s approach to employees experiencing menopausal symptoms, and the supports those employees can expect to receive. It will be a decision for each employer to determine the most appropriate steps or supports to implement in their organisation.

About the author
Sinead Morgan is a Senior Associate, practising as part of the Employment Law Team at RDJ LLP. She has significant advisory experience providing prompt practical employment advice to employers and HR practitioners on areas such as employee benefits, grievance and disciplinary processes, redundancy and restructuring processes, dismissals, Covid-19 related issues, health and safety and GDPR issues. She takes a hands-on approach when dealing with clients with an emphasis on mitigating risk. She has advised across a range of sectors from retail and manufacturing to biotech, outsourcing and start-ups.

Sinead has a strong background dealing with contentious matters and regularly represents employers before the Workplace Relations, Labour Court and High Court in a variety of disputes to include misconduct dismissals and redundancies.

Sinead also works with the corporate team in completing due diligence projects and addressing employment and TUPE issues at various stages from tenders to post completion queries.