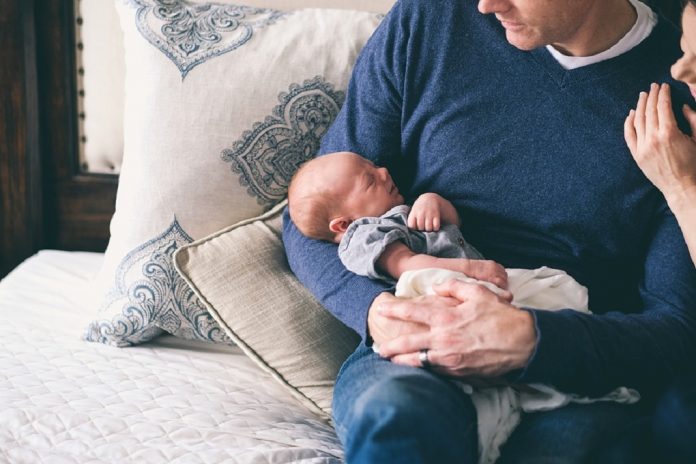 The Family Leave and Miscellaneous Provisions Act, 2021 (the Act”) which  entitles working parents to an additional three weeks of paid Parents Leave for each parent, and extends the period in which the leave can be taken to the first two years after the birth or adoptive placement of a child, has been signed into law by the President on 27th March. The changes brought about by the Act, discussed further below, are due to take effect from April 2021.

What Does the Act Do?

The Act makes a number of legal changes as follows;

Prior to the Act, Adoptive Leave was available to an employed adoptive mother or single adopting father.  Therefore, married same sex couples were unable to avail of the adoptive leave.

The Act amends the Adoptive Leave Acts 1995 and 2005 (the “Acts”) to enable adoptive couples to choose which parent may avail of adoptive leave and, in doing so, rectifies an anomaly in the current legislation that left married male same-sex couples unable to avail of adoptive leave. This also removes the presumption that the adoptive mother be the primary caregiver and permit families to choose the best option for their family.

The Act also makes Paternity Leave and Benefit available to the parent who is not availing of adoptive leave.

The concept of parents leave was introduced by the Parent’s Leave and Benefit Act 2019 (“the 2019 Act”) and from 1 November 2019, “relevant parents” of a child had a right to take two weeks of paid leave in order to care for their new-born or adopted child, within the first 52 weeks of the child’s birth or placement  with the adoptive family.  Parents leave is paid by the State, subject to eligibility.  The Government had also committed in 2019 to increasing Parent’s Leave incrementally up to seven week’s paid leave by 2021.  The Act brings us up to 5 weeks of paid leave, so we are getting there!

The Act also provides for the leave to be taken within the first 104 weeks of the child’s birth, or within 104 weeks of an adopted child being placed with the family, rather than the first 52 weeks as was the case under the 2019 Act, in each case. The five weeks of leave can either be taken all at once or in blocks of at least one week at a time.

The changes also apply retrospectively, so parents who have already taken their two weeks leave under the 2019 Act can avail of the additional three weeks, subject to the 104-week time limit.

Parent’s Leave should not be confused with Parental Leave which is an entitlement of parents to take up to 26 weeks of unpaid leave form work per each eligible child to care for their child within the first 12 years of the child’s life. Parental leave is a right that is separate and distinct to that of Parent’s Leave.

Who is entitled to take Parent’s Leave?

The entitlement to Parent’s Leave applies only to ‘relevant parents’, as follows:

What are the entitlements whilst on Parent’s Leave?

The entitlement to take Parent’s Leave applies to both employees and self-employed people. Employees availing of Parent’s Leave are currently entitled to a payment of €245 per week from the State where they have made sufficient PRSI contributions. Self-employed people may also claim €245 per week by applying through the Department of Social Protection.

Employers are not obliged to pay their employees while on Parent’s Leave however they may choose to ‘top up’ their employee’s leave payment.

Is a parent’s employment protected during the period of Parent’s Leave?

An employee who is entitled to take Parent’s Leave must inform their employer in writing of their intention to take leave. This notice should be provided at least six weeks prior to the intended commencement of the leave and must include the expected date of the commencement of leave and the duration of the leave.

An employer cannot penalise or threaten an employee with penalisation for proposing to take parent’s leave or for taking parent’s leave.

Penalisation includes:
(a) dismissal, or threat of dismissal
(b) unfair treatment including selection for redundancy or unfavourable change to terms and conditions

Any employee who feels they have been penalised for taking parent’s leave, which has led to their dismissal, can make a complaint to the Workplace Relations Commission under the Unfair Dismissal Act (1977).

An employee must give 6 weeks’ written notice of their intention to take parent’s leave, stating their expected start date and the method of how they wish to take this. Employers may request that employees provide evidence of their entitlement to parent’s leave, e.g. a copy of the child’s birth certificate / adoption certificate. Upon receiving a request, employers should confirm agreement of this no less than four weeks before commencement of the parent’s leave.

Can an employer postpone Parent’s Leave?

An employer can postpone parents leave when they feel it would have a ‘substantial adverse effect on the operation of their business, profession or occupation’.

Your employer may postpone the requested leave, but they must let you know in writing no later than 4 weeks before the intended start date of the leave.

Can an employer refuse an employee’s notification of intention to take Parent’s Leave?

Such adverse repercussions may be caused by reason of:

The leave cannot be postponed for more than 12 weeks after the start date of the requested parent’s leave, and the new date must be agreed by both of you.

Before postponing parent’s leave with a written notice, the employer must consult with the employee. The notice must contain a statement summarising the grounds for postponement. The leave cannot be postponed more than once.

Conclusion and Next Steps

Employers will need to review their existing contract of employment and policies and procedures to make sure that the wording in such documentation reflects the enhanced entitlements provided under the Act.