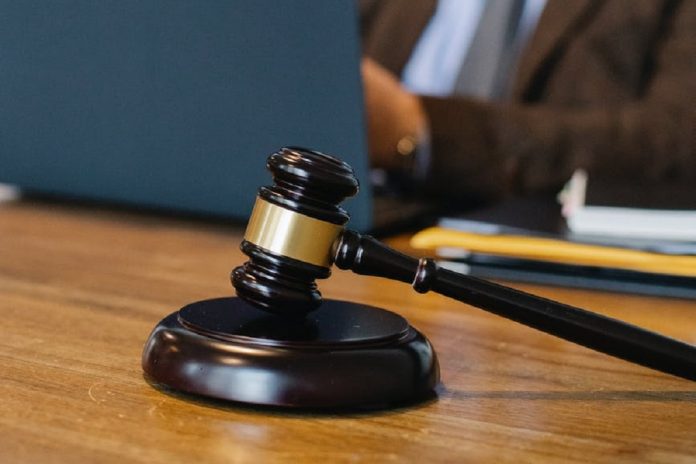 The “date of dismissal” issue has come before the WRC for determination on a number of occasions, where an employee seeks recourse to the Unfair Dismissals Acts (the “Acts”) but must have 12 months continuous service, to do so. The question that frequently arises in this context is the part played by notice, particularly where it is paid in lieu. Does the date of dismissal arise on the date notice was given, or when the notice period would have expired?

In An Employee v A Technology Company [2018] (ADJ-00010670) the WRC held that the notice period was quantifiable for the purposes of the service required under the Acts. Therefore, the employee had the requisite service to pursue her claim, in which she succeeded.

“…employment may be terminated at any time by either you or the Partnership giving the other party at least 3 months’ prior written notice, or statutory notice, if greater.”

Pay you in lieu of notice the amount of your entitlement to basic salary in of all or part of such notice period.”

On 30 November 2017, the employee was dismissed on a no-fault basis. He received a letter informing him that he would receive a payment in lieu of his contractual notice period of 3 months and his employment would end immediately on the date of the letter. The letter stated that he would receive the payment within 14 days. As it transpired, he only received his notice payment on 17 December 2017, following a letter from his solicitors.

The employer argued that nothing in the Minimum Notice and Terms of Employment Act, 1973 or in the Unfair Dismissals Act 1977 prevents an employee from agreeing to accept payment in lieu of notice.

The issue for the Labour Court to consider was whether the date of dismissal for the purposes of the Act was 30 November 2017, being the date of the letter notifying his payment in lieu and immediate termination, or three months later when the notice period would have ended.

The employer argued that the Minimum Notice and Terms of Employment Act, 1973 specifically states that it does not prevent the parties agreeing to accept payment in lieu of notice and, accordingly the ‘date of dismissal’ for the purposes of the 1977 Act was 30 November 2017.

(b) where either prior notice of such termination is not given or the notice is given does not comply with the provisions of the contract of employment or the Minimum Notice and Terms of Employment Act, 1973 (“the 1973 Act”) the date on which such notice would have expired, if it had been given on the date of such termination and had been expressed to expire on the later of the following dates –

1. The earliest date that would be in compliance with the provisions of the contract of employment

The earliest date that would be in compliance with the provisions of the Minimum Notice and Terms of Employment Act, 1973.

On that basis, the earliest date of termination would be the date that complied with the provisions of the Minimum Notice and Terms of Employment Act, 1973 which is one week’s statutory notice, giving a date of dismissal of 7 December 2017, which would still be insufficient for the employee to bring a claim.

The employee’s solicitor argued that the contractual notice provision displaces the employee’s entitlement under the 1973 Act. Therefore, the employee was entitled to 3 months’ notice of termination from 30 November 2017.

The employee’s solicitor submitted that the payment in lieu of notice did not override the statutory definition of ‘date of dismissal’ for the purposes of the 1977 Act. Therefore, the ‘date of dismissal’ for the purpose of the 1977 Act includes the notice period, whether it was worked or not. The employee’s solicitor relied on an extract from Desmond Ryan in ‘Redmond on Dismissal Law’:

“the Unfair Dismissal Act, as amended, deems the date of dismissal to be the date on which notice, had it been given, would have expired. In practice, this can mean there is a crucial distinction between the employee’s date of termination (when he or she ceased to be an employee pursuant to the contract of establishing the length of services qualification and the time limit rules under the Unfair Dismissal legislation)”.

The Court noted that this case raises a complex question that is still an issue in employment law.

A key consideration for the Court was that payment in lieu was prompted by a letter from the employee’s solicitor’s requesting payment, which was made on 17 December 2017. The Court noted that the employee did so in reliance of clause 10 of the contract. Therefore, two issues arose. Firstly, if the employee was dismissed on the date of dismissal without either contractual or statutory notice then section 1(b) of the 1977 Act applies. The Court agreed that under this section the earliest date of termination for the employee would only add one week onto 30 November 2017 which would still be insufficient for the employee in this case to bring a claim.

Secondly, the Court held that if the employee relies on the terms of the contract to seek payment in lieu of notice, the employee, through his solicitor approbated the contract and cannot seek to reprobate it now. The Court referred to Superwood Holdings plc v Sun Alliance & London Insurance plc [1995] 3 I.R. 303 where it was quoted with approval that “… the repudiating party cannot be allowed to approbate and reprobate…”. The Court stated a similar position was adopted in Manor Park Homebuilders Limited v AIG Europe (Ireland) Limited [2009] 1 ILRM 190.

The Court therefore overturned the WRC decision, including the award of €45,000, and held the “date of dismissal” in this case was 30 November 2017, being the date, the employment came to an end. Therefore, the employee did not have requisite 12 month’s service to bring an unfair dismissal claim under the Unfair Dismissal Act, 1977, meaning the Court had no jurisdiction to hear the employee’s claim under the Act.

The issue of the date of dismissal is far from settled and will continue to create its own difficulties in employment law claims. However, this case has clarified that where it had been agreed to make a payment in lieu of notice, then the date of dismissal will be the date on which notice is given. A clause to this effect is usually included in the contract of employment. However, it would be prudent for employers to have an employee sign that they are accepting payment in lieu of notice and therefore have no further entitlement to notice, at the time of giving notice.

Just to note that this does not apply for the purpose of redundancy terminations, as the termination date in a redundancy is the date (statutory) notice expires. So even though an employee might finish up and leave the place of employment on the earlier date, their statutory redundancy payment should be calculated to the end of their statutory notice period. This is set out in section 7(2) “In any case where an employee accepts payment in lieu of notice, the date of termination of that person’s employment shall, for the purposes of the Act of 1967, be deemed to be the date on which notice, if given, would have expired.”

About the author
Antoinette is a Partner in RDJ’s Employment Group. She has extensive experience providing practical and strategic legal advice to clients in a range of areas such as wrongful and unfair dismissal; discrimination; absenteeism and work related stress; performance management; temporary and contingent workers; collective redundancies; restrictive covenants and severance agreements. She also devises in-house training sessions and policies for clients in respect of grievance and disciplinary matters, dignity at work and social media.
She has broad experience representing clients on employment claims in the Workplace Relations Commission, Labour Court and High Court together with gender discrimination claims in the Circuit Court. Having qualified as a mediator with the Centre for Effective Dispute Resolution in 2013 (specialising in employment and workplace disputes) she offers informed advice to clients involved in mediations. She has also been able to expand the firm’s offering for clients with an independent mediation service.