The gender pay gap is currently a major talking point in the HR industry and, at a higher level, many countries are taking it more seriously than ever before. It’s surprising that in this modern world gender equality is even an issue but the figures prove otherwise. According to recent global research, 7 out of 10 employees believe men and women are currently paid equally although studies show it will take 81 years to eradicate the gender pay gap completely. The average pay gap in Ireland is 14.4 per cent, slightly less than the overall average of 16.3 per cent pay difference in the European Union. This is despite the fact that 60 per cent of all EU university graduates are now women.

Despite legislation and promises by government, the gender pay gap has been widening for the past few years. Research shows that employers in Ireland pay women on average just 86 cents for every euro they pay their male employees, which amounts to a loss for them of seven weeks’ pay every year. Furthermore, the average man receives almost 40 per cent more in pensions per year compared to his female counterpart.

The European Commission states there are laws in place around equality but the EU countries’ governments are simply not enforcing them. It is now recommending that governments ensure employers have increased pay transparency with pay levels broken down by gender. Large companies will be expected to provide wage structures by category and position of employee as well as pay audits.

Despite there being no pay gap reporting enforcement in Ireland currently, The National Women’s Strategy 2007 – 2016 (NWS) was launched following an extensive collaboration between Government Departments and a consultative process with the social partners and the National Women’s Council of Ireland. At the top of the list of objectives is “To decrease the gender pay gap”. It would therefore be wise for businesses to start planning how they could meet new requirements of pay transparency, as suggested by the EU Commission, should they be introduced.

A good starting point would be to look at existing systems and ensure that pay data is readily available. Whether organisations are being forced by the government or just generally want to take a step towards greater gender equality, being able to access accurate, up-to-date data is vital when analysing the pay gaps between employees. Even with the correct data, analysis can be an intensive, time consuming process. The best method is to ensure there is reliable and effective software in place to not only retrieve but analyse disparate data from around the business.

Of course, reporting on the pay gap is just the first step – the real issue is how to tackle the gender inequality and destroy the pay gap altogether. There are various explanations for the existence and size of a gender pay gap with the most common being the consequences of career breaks such as maternity leave or changes in working hours due to starting and raising a family. It is commonly believed that making childcare in Ireland more accessible would be a huge step towards achieving this.

With so many countries committed to tackling such an important issue, there is a better chance that it won’t take until 2097 for the gender pay gap to become a thing of the past. 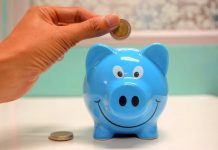 How to Plan for a Comfortable Retirement 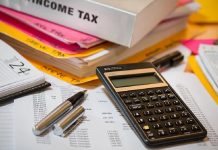 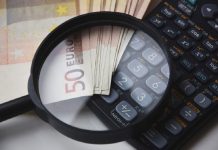