Saddle Up to Alleviate Sick Leave and Staff Retention Problems

By Louise Murphy co-founder of Cyc-lok.ie

If someone knocked on your door tomorrow and promised to reduce sick leave by 50%, you’d be over the moon. Now imagine if they also promised to boost your CSR agenda by reducing carbon emissions and, as a result, help retain staff who appreciate eco-friendly company policies.

Sounds too good to be true, right?

In fact, all of the above can be achieved simply by boosting the number of employees who commute by bicycle. That’s because the health benefits are not just applicable to the person doing the pedalling, they apply to their performance at work as well.

According to research from the University of North Carolina, people who cycle for 30 minutes, ﬁve days a week, take about half as many sick days as couch potatoes. This is backed up by a survey from UK cycle advocacy group Sustrans, it found 68% of cyclists had taken no sick days in the previous year.

Sustrans chief executive Malcolm Shepherd says: “Employers who encourage cycling can increase their profitability and have employees who take fewer sick days, but too many miss out on these benefits because they don’t provide decent facilities and support. Cycle parking and showers in an office should be as common as a printer and a coffee machine.”

But we know Dublin lags well behind other European cities when it comes to cycling facilities and infrastructure. Copenhagen has spent an average of €27 million every year on cycling for the past two decades; in Dublin last year, the cycling budget was just €8 million.

Graeme McQueen, Dublin Chamber’s head of public affairs pointed out: “Currently, around 6% of work commutes in Dublin are made by bike. In Copenhagen, that number exceeds 40%.” He said feedback to the Chamber indicated that thousands more would like to cycle but were too afraid to get on their bikes.

Meanwhile Google, Vodafone, Intercom and Dublin City University are among the nearly 100 companies who have joined CyclingWorks Dublin to call for the Greater Dublin Area Cycle Network to be built “without delay”. Stephen McManus, co-founder of CyclingWorks, says: “People who commute to work by bike are happier, healthier, more likely to arrive on time and less likely to take sick days”.He’s not wrong. The health benefits of more employees taking to the saddle for their daily commute are staggering.

A study of 200 people by the University of Bristol found that employees who exercised before work or at lunchtime improved their time and workload management, and it also boosted their motivation and ability to deal with stress. King’s College London compared over 2,400 identical twins and found those who did the equivalent of just three 45-minute bike rides a week were nine years ‘biologically younger’ even after discounting other inﬂuences, such as smoking.

Studies from Purdue University in the US have shown that regular cycling can cut your risk of heart disease by 50%.
Researchers from the University of Illinois found that a 5% improvement in cardio-respiratory ﬁtness from cycling led to an improvement of up to 15% in mental tests.That’s because cycling helps build new brain cells in the hippocampus — the region responsible for memory, which deteriorates from the age of 30. “It boosts blood ﬂow and oxygen to the brain, which ﬁres and regenerates receptors,” explains the study’s author, Professor Arthur Kramer.

Meanwhile the CSR-friendly environmental benefits of cycling are more pertinent than ever in the wake of the recent Budget, with a hike in carbon taxes hitting car commuters in the pocket.

Cycling a bike produces zero pollution and, even allowing for the carbon emission during production of a bike, it is still ten times kinder to the environment than driving. A report by the European Cyclists’ Federation (ECF) showed that a bike saves at least 250g of CO2 per mile (21g versus 271g) compared to a car. “More people cycling to work in a small area means less congestion and less pollution. Not only is this helpful, it’s good PR for the company,” says the ECF.

According to the CIPD, 81% of companies are facing a skills shortage while research from Adare Human Resource Management shows it now costs an average of €13,100 to replace an employee.

Given all the societal, environmental, health and business benefits, isn’t it time to give employees the facilities and infrastructure they need to commute on two wheels?

About the author
Louise Murphy and her husband Stephen are owners of Cyc-lok.ie – a secure, automated and 24/7 monitored purpose built bicycle storage system. 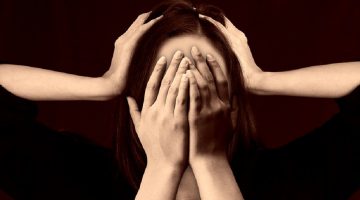 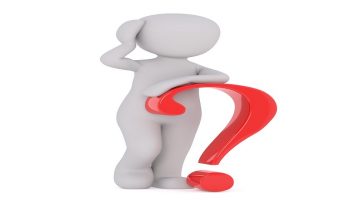 Is Obesity Now A Disability? 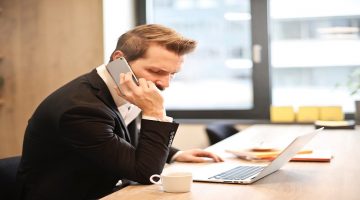 Is Your Smart Phone Causing Your Neck To Smart?