In an effort to find the right candidate the first time – and avoid the steep costs of making the wrong hire – companies are getting creative with their interview questions. These questions are intended to draw out deeper insights about the candidate. But, when you sit down and read them, what do answers to these questions possibly reveal about a candidate’s ability to code, make a sales call, provide great customer service, or edit a PowerPoint presentation?

Skill testing is far and away the best method for assessing a candidate’s readiness to take on a new role. No matter what questions you ask, traditional interviewing doesn’t actually predict performance. The best way to predict performance is to evaluate someone’s job-related skills in context. As we’ve argued in other posts, interviews are useful to build rapport, establish a relationship, and to understand how a person fits into the company culture. Interviews can, and should, be used to answer unanswered questions from the hiring process.

Where do you see yourself in five years?

Truly, does anyone know where they will be in five years? This question implies there’s a right answer: a candidate should prove their loyalty to the company that hasn’t even hired them yet. A lot can happen in five years, and everyone in the room knows that today’s job market rewards job hoppers. An article in Fast Company found that “Workers who stay with a company longer than two years are said to get paid 50% less, and job hoppers are believed to have a higher learning curve, be higher performers, and even to be more loyal, because they care about making a good impression in the short amount of time they know they’ll stay with each employer.”

No one can predict the future: and fortune-telling usually isn’t one of the listed responsibilities found in a job description. We see hiring managers retiring this bad interview question in the next five years.

Among the people you’ve worked with, who do you admire and why?

One interviewer believes that this question uncovers deeper insight into a candidate’s values. “What they admire in others tells you a lot about what they find important,” he argues.

This question is cringeworthy for a few different reasons. First, what do values have to do with the ability to perform the job description? Ethics and morality are important, but so is being able to use Adobe InDesign, code in JavaScript, or make a cold call. And few candidates are going to bring up a past colleague’s ability to design Presio slides.

Secondly, why would you ask a candidate to speak to someone else’s abilities? The point of the interview is to get to know the applicant to see if they would be a good fit. Asking a person to talk about their role model will only get you good information about an unrelated individual. This tells you next to nothing about the candidate themselves.

What are your superpowers?

We’ve said it before, and we’ll reiterate: purple unicorns don’t exist. Neither do superheroes. Candidates are better served by showing off their talent, rather than describing it to you.

The word “superpowers” implies some degree of infallibility – and no one is perfect. A better interview question recognizes that people need to be set up to succeed. Instead of this question, try to understand how you can hire someone supremely talented and give them the tools and support they need. Questions like, “if you join, how can we invest in you?” and “what needs to happen for you to get the best out of yourself?” are more insightful than asking about some mythical powers.

If we don’t hire you, what do you think the reason would be?

Why would you ask a candidate to give you a reason not to hire them? This puts the candidate in the awkward position of having to disqualify themselves from the hiring process. Along with “what is your greatest weakness,” this question will never lead to an honest response. Not every individual is good at everything – competence is largely context-dependent. Someone who is a “good” graphic designer for a start-up might not have the same success in a large corporate entity. This question attempts to force a candidate to assess if their skills translate from one context to the next – something a skill test or Talent Trial can do more accurately (and fairly).

In five minutes, explain something to me that is complicated but you know well.

Entire careers are built on coaching people to prepare for TedTalks. This question is so ambiguous, and so demanding, that the candidate is basically guaranteed to stumble. When, in any other context outside of a TedTalk or cringe-worthy interview, are you asked to provide a five-minute lecture on a complex topic? Recruiters disqualify candidates all the time for sounding unprepared in interviews. A better option is to give candidates a chance to showcase their (relevant) talent in a real-world scenario or job simulation.

When was the last time you changed your mind about something important?

By the time an interviewer asks this question, the candidate is likely to have changed their mind about applying to this job altogether. There’s no answer a candidate could give that would tell an interviewer how well they’ll perform on the job. If someone tells a story about changing their mind, and lays out their logic, they come across as flexible, thoughtful, and responsible. If a person chooses to say they stick to their guns and rarely change their mind about something important, they come across as principled, determined, and resourceful. Neither of those soft skill sets is bad – and, moreover, companies need both types of leaders. So what is the point of this question? 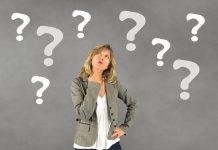 Answering the most Crucial Interview Questions in 2021 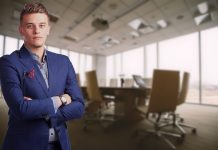 How to Prepare for a High Performance Interview

How to Ensure your Job Descriptions Attract Attention