“I work within a manufacturing environment where there is a mix of majority direct hires and some agency workers. I now have a complaint between a direct hire and an agency worker to address. Obviously the agency worker is not actually our employee, so how do I handle It?”

There are a range of legislative provisions which ascribe certain duties of care and obligations around agency workers, who are in an unusual position in that they are employed by the agency provider but supervised, controlled and directed by the hirer.

Of course the approach taken will very much depend on the nature of the issue between the direct employee and the agency worker.

So for health and safety issues, there are duties of care that arise under the Safety, Health and Welfare Act 2005 for you as the hiring entity that controls and directs the agency employee. Therefore if the matter at issue between the parties was a health and safety issue, it would make sense for the hiring entity to undertake any incident report or investigation process in relation to the issue. Beyond that initial establishment of facts process, clearly if any form of disciplinary action fell to be considered in respect of the agency worker only their own employer could undertake that step.

Consideration would also have to be given as to how the input of the agency worker can be facilitated within that first investigation process and how our employee’s involvement as a witness might be facilitated within any later disciplinary process (were that to prove necessary). Indeed, it would be prudent practice to ensure that any Agency Agreement in place provided for either party to use their best endeavours to procure the participation of their respective staff in any such processes.

A bullying complaint might be dealt with in the same manner as outlined above, given bullying is a health and safety risk and we have responsibilities for the site around such risks. Again, once the investigation is complete, any disciplining of agency worker is an issue for the agency.

However, what about a claim that might amount to merely a grievance between the parties? Or what of a performance issue with the agency worker? In those scenarios, the Hirer would be acting essentially as a complainant. Your role would be more merely referring the performance issue identified to the agency employer for them to address with their employee.

One is also keenly aware that, in practice, it is often the case that the knee jerk reaction of a hiring company in considering a difficulty with an agency worker will be to consider whether or not they can simply outline to the agency provider that they no longer wish for the agency worker to be placed on site. However, that approach can be far too simplistic and fraught with risk. For example, under Section 13 of the Unfair Dismissals (Amendment) Act, 1993 an agency worker is deemed to be employed by the hirer and any redress under the Unfair Dismissals Act is awarded against the hirer. This means that, like any employee, an agency worker could seek to take a claim for an unfair dismissal against the hiring entity. Whilst many hiring companies will be conscious of the general position around an employee requiring 52 weeks service before they can take an unfair dismissal claim, there are exceptions to that service requirement including:-

Therefore if your dispute between the hirer and the agency worker touches on any of the above issues or if the agency worker has 52 weeks service, one needs to be mindful of the fact that any procedure giving rise to a dismissal of the agency worker could be challenged as unfair. If it is, it is the hiring company that will be liable. A properly drafted agency agreement would give some consideration to this risk in terms of one party possibly being able to rely on an indemnity against the other to deal with these situations.

Finally, given that the nature of the dispute between the parties is not outlined within your query, it is worth pointing out that there are some limited obligations outlined within the Protection of Employees (Temporary Agency Work) Act 2012 which confers rights to equal treatment on agency workers in terms of the following basic working employment conditions:-

If any agency worker has a grievance in respect of any of the basic working employment conditions set out above their claim would be taken against their employer (i.e. agency company). Importantly, the agency company would be able to rely on a statutory indemnity provided under the 2012 Act were it the case that the hiring company hadn’t provided the proper information to the agency to enable them to comply with equal treatment obligations.

David McCarroll is a partner in Ronan Daly Jermyn’s Employment Group, operating from their Galway offices. He advises a wide range of private sector med-tech and life science clients on contentious and non-contentious employment matters.

In addition, David has a particular expertise in advising clients from within the healthcare and education sectors. He has developed a practical and commercially aware approach to the range of issues that arise in those specific sectors such as fixed term work claims, equality claims, disputes arising from public sector and other collective agreements and complex industrial relations disputes and strikes within unionised workforces generally. 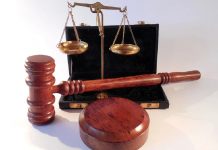 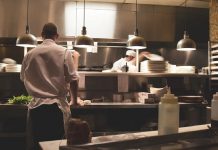 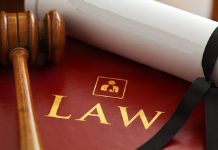