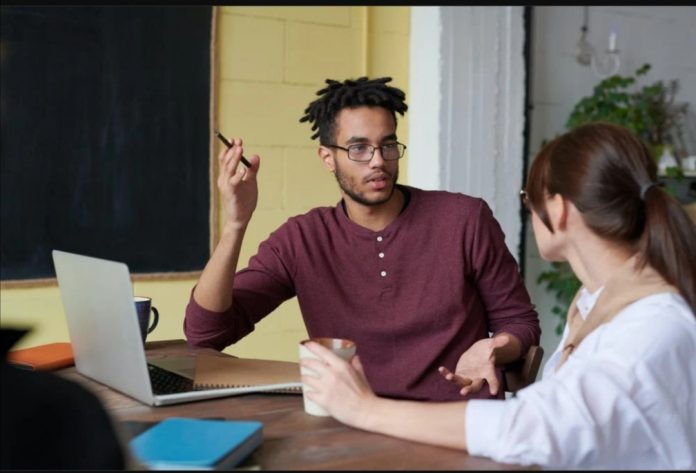 A friend showed me a Dilbert cartoon the other day which made me laugh out loud. The manager is offering to provide feedback because apparently it will make his employee feel valued. The employee asks: “How does listening to you belittle me about things you don’t understand make me feel valued?”

If you’ve ever received feedback about your performance that left you feeling like that, I bet you have a wry smile on your face now… On the other hand, if you have a team member to whom you need to give an important but not pleasant message and are procrastinating because you’re not sure how to go about it, perhaps you empathise with the manager’s plight.

How do you impart a difficult message without totally destroying the employee’s motivation? Why is it so difficult to give feedback in a constructive way?

A skill that must be mastered

Like so many things, giving constructive feedback is a skill that needs to be learned and practised. It does not just come naturally. However, giving feedback is crucial to managing the performance of your people, and whether it is good or bad you cannot avoid giving it. Neither should it be confined to a once-a-year performance appraisal meeting. It needs to be given on a regular basis so that people know how well they are doing and where they could improve.

It’s easy to deliver positive feedback to an excellent employee: just give examples of all the good things they have done, thank them for their efforts, and urge them to keep up the good work. Even people who don’t generally like a fuss being made of them will react positively to being told how good their performance has been – but make sure you do it in private to avoid embarrassing them.

Delivering less positive news is not so easy, but there are some strategies you can adopt to make it more successful.

When preparing to deliver a less than glowing endorsement of a person’s performance, you may find the “praise sandwich” approach helpful. This involves:

Reassure them that with some effort on their part, and support from you and their team colleagues, they will be able to raise their game in respect of whatever it is that is not so good, so that it matches the rest of their performance.

This approach will ensure that they feel the assessment is fair and balanced, and that you have noticed the good as well as the bad.

Criticize the behaviour not the person

As far as the tough bit in the middle is concerned, make sure your feedback relates to actions or behaviours that have been observed, rather than sweeping personal statements. Gather your facts, present them dispassionately, explain the consequences for the rest of the team, and ask for their reaction.

If you needed to tackle somebody’s poor timekeeping, this would be a good way of doing it: “In the last two weeks you have been late for work on three occasions: ten minutes late on Monday 12th, eight minutes late on Thursday 15th and four minutes late on Tuesday 20th. When you are late in, your colleagues have to answer your phone calls and make excuses for you, and it gives a poor impression to our customers. What is the reason for this lateness?”

A bad approach would be something like this: “You’re always late in the morning and it’s just not good enough. It’s lazy and inconsiderate, and we can’t tolerate it. You’d better buck up your ideas or else!”

The former approach is likely to solicit an acknowledgement of the failing and a promise to rectify the situation, whereas the latter will be perceived as a personal attack and the employee will instantly be on the defensive. The result may be an angry outburst or a sulk; neither of which will be helpful.

Having invited the employee to explain themselves, listen to what they have to say. Don’t jump to conclusions about the reason why they are coming into work late; it may have nothing to do with laziness or lack of consideration for their colleagues. Perhaps they are worried about something – health problems, debt, relationship problems – which is leading to difficulty sleeping, or maybe they are caring for a sick relative who needs to be got up and dressed before they can set off for work.

If the explanation is plausible and not just an excuse, be sympathetic, while still emphasising the importance of good timekeeping for the sake of the team and the business as a whole.

Years ago a National Sales Manager carried out an audit and discovered that one of the team had been failing to carry out her merchandising calls to an acceptable standard. It seemed she was putting in a cursory appearance at the end of the working day so she could claim to have visited the store, but without making any tangible improvements to the displays. This was out of character, but sufficiently serious to warrant a disciplinary investigation.

She was presented with the evidence of her poor merchandising performance and asked to account for it. After a bit of probing she burst into tears and confided that her husband had lost his job and was seeking consolation at the bottom of a whisky bottle. She was worried about the effect on the children and had been dashing home mid afternoon to meet them from school.

Rather than taking disciplinary action, the manager discussed with her some ideas for ensuring the children were cared for after school, while emphasising that as she was currently the sole breadwinner it was crucial she did not take her eye off the ball and jeopardise her own job. When they met six weeks later her performance was back up to standard and no further action was necessary.

Sometimes employees are simply lazy or lack motivation. Maybe they don’t understand how their actions impact on others. Some of them really don’t care – and don’t therefore deserve a place in your organisation. But while shying away from tackling difficult situations is not the answer, neither is blundering in with hobnail boots.

If you need to deliver difficult feedback, prepare for the meeting carefully. Arm yourself with the facts, present them in a neutral way that does not attack the person but points out the negative impact of their shortcomings on the business, and ask for an explanation. Listen to what the person has to say, and agree a way forward. If that involves training or support from you, provide it. Then meet again at an agreed time to review progress.

In this way you will neither belittle nor fail to understand your employees, and by the end of the process they may even feel valued!

For more information about this or any other HR topic, look at the full range of services available from M Thorne Consulting Limited, your friendly, flexible HR consultancy. Check out http://mthornehr.co.uk or contact Mara Thorne on mara@mthorneconsulting.co.uk

How Can You Tell If Someone Is Authentic?

Is Your Company an Adhocracy ?

9 Steps to The Best Leadership Styles

5 Strategies to Avoid Groupthink Attitude in the Organization