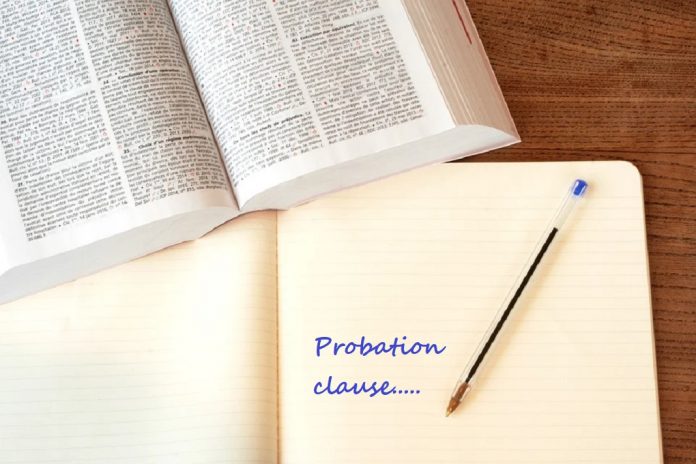 Employment contracts which don’t contain a probation clause could cause problems for employers if a recruit doesn’t work out.

Recruiting and onboarding new hires is especially challenging for managers and employers these days, as so many people continue to work remotely.

Probationary periods are included as standard in most employment contracts, usually as a means to protect employers should it become clear in the early stages of employment that a new hire cannot fulfil the terms of their contract.

What should employers tasked with managing new recruits from afar bear in mind, when it comes to the legal ins and outs of probationary periods?

First off, it’s worth noting that although you’re not legally obliged to include probationary periods for all new hires, it’s wise to do so. Your ability to terminate the employee safely during the initial period of employment will be reduced if you don’t.

Employment contracts which don’t contain a probationary period clause are, therefore, very much the exception to the rule.

Secondly, there is no “mandatory” time limit to a probationary period, but it should never be longer than one year. In practice, three to six months is the norm, and if you do opt for a longer period, it’s wise to cap it at 11 months.

This is because, while unfair dismissal legislation allows employers to use probationary periods, it caps them at 52 weeks, and notice periods count as part of service. If a recent hire has a one-month notice period and you dismiss them at the end of their 12th month of service, they will have accrued the required 52 weeks of continuous service to bring a claim for unfair dismissal.

The 52-week requirement is, in itself, subject to certain limited exceptions. There is no service threshold for dismissal relating to pregnancy, for example, or to trade union membership.

In addition, no service threshold is required for employees who bring a discriminatory dismissal claim. This is where they claim they have been dismissed because of their race, sex, sexuality, age or any of the other discrimination grounds.

If you do decide to opt for a year-long probation, it’s worth noting that doing so could deter some candidates from applying for the role on offer.

And it’s also worth bearing in mind that you do have the option to extend shorter probationary periods if it becomes clear, as they progress, that more time may be needed to assess a new employee’s suitability for their role.

Any extension is obviously subject to the one-year rule already discussed, but a prudent employer would, I’d say, include provision in the employment contract allowing them to extend the probation at their discretion.

Employees can, in theory, bring a wrongful dismissal claim during their first year of employment. Such claims are quite rare, however, and tend to be confined to high-level executive roles.

An employee dismissed during probation can seek a non-binding recommendation from the Workplace Relations Commission (WRC) under the Industrial Relations Act, 1969. This means that their employer could, in theory, be subject to a claim for wrongful dismissal, which means dismissal in breach of contract.

This can only be litigated in the courts – the WRC has no jurisdiction here – and, in the probation space, an employee typically brings a wrongful dismissal claim if they can establish that they were entitled to fair procedures prior to dismissal, and that the employer did not afford them those fair procedures.

Lastly, under the Industrial Relations Act, employees can ask the WRC or Labour Court to examine their case and determine whether or not they were fairly dismissed.

Typically, it is found that they did, and unless the employer agrees to be bound by the decision, these rulings are always non-binding.

As a rule, I would suggest that all employers follow some sort of process during probation to give any new hire deemed to be falling short of their duties a chance to improve performance.

A very recent decision of the Court of Appeal is highly relevant here. That decision confirms that the right to fair procedures does not automatically apply where an employee is being dismissed for performance reasons during a probationary period.

It is essential that the employer draft the employment contract clearly on this point. Given Covid-19, if you are conducting hearings remotely, make sure the process is a fair one and that all of the usual procedural steps are followed.

New Recruitment Strategies Every Business Should Use

The Complete Guide To Blind Hiring

Employers should take Note of Lessons in Whistleblower Case

Don’t Take Short Cuts When It Comes To Dismissals