In February of this year, the Government rolled out new proposals aimed at transforming the pension’s landscape in Ireland. But what is the new ‘Roadmap for Pensions Reform 2018-2023’ and its intentions to make the country more pension-friendly for Irish workers?  Paul King, Acuvest investigates.

The ‘Roadmap for Pensions Reform 2018-2023’ is a report with a mission. In Ireland, just one in three workers in the private sector have pension plans and in a population that is growing older, that spells bad news both in terms of quality of retirement for those individuals and additional strain on an already creaking state pensions system.

When launching the five-year plan, Leo Varadkar, the Taoiseach, confirmed the Government’s key goals are to “create a fairer and simpler contributory pension system where an individual’s pension outcome reflects their social insurance contributions, and in parallel, create a new and necessary culture of personal retirement saving in Ireland”.

On the face of it the endeavours to wipe the pensions slate with all its existing obstacles clean is a wholly ambitious one, yet the Government hopes that through the introduction of two key moves, the transition can be achieved.

While there are six strands of action in the overall program, let’s look at two of the key strands proposed in this five-year plan.

Strand 1 Reform of the State Pension

From 2020, the Government proposes significant reform of the State Pension so that it becomes one of three important pillars for individuals in funding their retirement. Like many leading bodies such as the World Bank and the International Labour Organisation it advocates a multi-pillar approach which positions the State Pension as the first pillar, an occupational pension as the second, and a third pillar consisting of private, individual savings.

Equally significant is the concept that the value of State pension payments will be maintained at 34 – 35% of average earnings and that any further increases will be explicitly linked to changes in the consumer price index and wages. This flags an end to the link of increases to the old age pension and general election manifestos.

The second significant measure is that of a new ‘Automatic Enrolment’ retirement savings system, which will come into effect from 2022 to support and encourage personal savings provision. This is how the Government will ensure that there is a strong ‘second pillar’ to ensure that individuals have the best chance possible of a good retirement.

It means all private sector workers over a certain age and income level will make payments into a pension that will be matched by their employer, with an additional amount contributed by the State. You can look to Britain and Australia for an insight into auto-enrolment and how it works. The latter operates a very successful system while the former, after a successful piloting of the measure, has rolled it out across the entire work-force.

But how does auto-enrolment work? To be clear, the system has one clear mission: to get people saving into a pension pot that will make their retirement a far more comfortable and secure place.

The Government has conceded that this is new territory and plans to publish a draft or ‘strawman’ automatic enrolment design for public consultation shortly. They have indicated the main points of the draft will include:

Workers on lower salaries, self-employed workers and workers with existing private pension provision will be able to opt-in to the system. Contributions into the system will be made by both workers and employers and the State will top up contributions.

The remaining 4 Strands are also important for functioning of the pension industry and in themselves contain further improvement:

The Government has acknowledged that although Detailed Benefit pension arrangements are being phased out in favour of Defined Contribution arrangements, they continue to play an important role, especially for those in existing and longstanding schemes. Indeed, it is estimated that over 600,000 people draw, or will draw, retirement income from such schemes, hence the commitment on the Government’s behalf to protect the solvency of the sponsoring employer and protection of pensions for workers.

While change in the pension’s landscape is to be welcomed, it must be acknowledged that there is no “one size fits all” scheme. While key measures to coax more people into pension savings is clear with the introduction of an auto-enrolment scheme, there is still a need for transparency and easy to understand explanations of how pensions work and why they are important for the individual. While the roadmap has certainly generated discussion about Ireland’s pensions, an understanding of the dynamics of what drives a country towards a pension’s pressure point will be key in ensuring any changes implemented will be for the better.

Acuvest is an independent pensions and advisory management business taking care of the futures of over 40,000 of our client’s employees. For more market analysis and expertise follow Acuvest’s daily updates on Twitter @AcuvestIreland and LinkedIn and our fortnightly blogs. 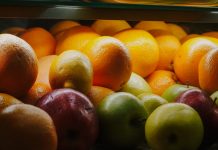 How To Compare Apples to Oranges 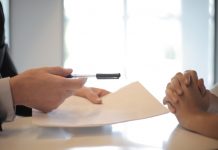 The Best Way To Start A Negotiation 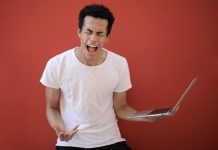 Why Being Negative Can Be A Great Start For Training