When negotiating with a bully, watch the emotional abuse you incur and mind your responses to it.

Bullies make some people experience an array of feelings in a negotiation. They do so for the pleasure of feeling superior to the other negotiator in an effort to exert their dominance. The emotional feelings they attempt to invoke can range from fear to hate to happiness. Yes, bullies can make you feel happy as the result of relinquishing the pressure they’ve applied to you. That’s another reason why you should monitor your emotions. You want to check them so you can display the proper response, based on your position in the negotiation at particular points. When it comes to watching your emotions take note of the following.

Fear can invoke primal actions within you. When fearful, your normal thought process shuts down. Depending on the degree of fear you experience, your body prepares for a fight, flight, or freeze scenario. That deliberation can cause you to be thrown off your negotiation game (i.e. forget the negotiation strategies you’d planned to implement).

When you sense that you’re experiencing fear in a negotiation, note its cause. Consider to what degree its source will devastate you and your future position. The point is, diminish your thoughts of fear by contemplating how you can assuage it before continuing the negotiation, and recognize when it has you in its grips.

Anger is another stealer of normal thoughts. It can be stoked by fear, which is also the reason you should control your perspective of fear and anger.

When angered, you can lose your perspective and rationalization. Thus, to negotiate from a mindset of anger will not serve you, it serves the other negotiator, instead.

Therefore, be aware of when the other negotiator is intentionally attempting to gouge you by instilling fear into the negotiation. Also, be mindful of what his attempts might look like before entering the negotiation. This can be accomplished by role-playing ahead of time. Just be mindful of elucidating your mind to how fear might be used against you, and be prepared to thwart such efforts.

Most people seek happiness as a constant state of mind. Our body seeks it too. Thus, when we’re not in a state of happiness, our mind will attempt to guide our actions back towards that state. It will also do ‘things’ to stay in that state, even if those ‘things’ are to our future detriment. It’s because of the latter that you should be hyper-vigilant when you’re in a state of happiness that’s been caused by a bully’s actions. You may not be off the hook. Instead, you may have been unknowingly placed deeper onto one.

To combat a bully’s effort to mentally manipulate you through the use of happiness, understand his motives for doing so. If his efforts don’t serve you, don’t appease him by succumbing to this tactic. Remain stern.

Anyone’s emotions can be strained when negotiating with a bully. Suffice it to say, you should stay on top of your emotions when negotiating with a bully more so than with other types of negotiators. Bullies can invoke extreme passion within you, which is why it’s so important to be mindful. If you’re aware of what can ‘set you off’, and not allow it to cloud your actions or judgment under such circumstances, you’ll be able to think clearer and negotiate better. That alone will give the bully cause for doubt, which means you’ll be turning his tactics against him. Doing so will allow you to maintain greater control in the negotiation… and everything will be right with the world.

After reading this article, what are you thinking? I’d really like to know. Reach me at [email protected]

To receive Greg’s free 5-minute video on reading body language or to sign up for the “Negotiation Tip of the Week” and the “Sunday Negotiation Insight” click here http://www.themasternegotiator.com/greg-williams/ 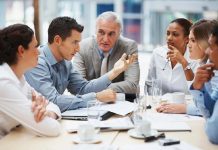 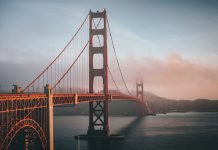