The Minister for Justice and Equality, Mr Charlie Flanagan, confirmed that “while Ireland compares relatively well with the rest of the EU as regards the size of the gender pay gap – 13.9% compared with an EU 28 figure of 16.7% in 2014 – put simply, we want gender equality in Ireland and we are committed to tackling the gender pay gap. These pay transparency measures are part of a wider package of measures to promote gender equality”.

Last month we highlighted the Government’s intention to introduce legislation requiring Irish employers to publish data on differences in pay and bonus as between men and women. Gender pay gap (GPG) reporting in Ireland is a significant step closer to realisation today.

General Scheme of the Bill

Described by the department’s press release as a “significant” bill, for the first time in Ireland public and private sector employers will be required to publish information on their Gender Pay Gap (GPG) and bonus pay gaps. While this mandatory reporting obligation will initially only affect employers with over 250 employees, the Bill sets out  to narrow this scope to 150 employees within three years and, ultimately, to target all employers with 50 or more employees.

1. What needs to be reported?

The information to be published will include the differences between:

(i) the mean hourly pay of male and female employees;

(ii) the median hourly pay of male and female employees;

(iii) the mean bonus pay of male and female employees;

(iv) the median bonus pay of male and female employees;

(v) the mean pay of part-time male and female employees;

(vi) the median pay of part-time male and female employees;

(vii) the mean pay of male and female employees on temporary contracts;

(viii) the median pay of male and female employees on temporary contracts.

Affected employers will also be required to publish details of the number of male and female employees (i) who were paid bonus pay; (ii) who received benefits in kind; and (iii) who are in the lower, lower middle, upper middle and upper range pay bands. It is also possible that regulations will require the publication of information by reference to job classifications.

2. How will the reporting obligations be enforced?

The General Scheme of the Bill intends amending Ireland’s employment equality legislation to include bespoke “enforcement powers” in respect of GPG information. The Minister may appoint designated officers to “investigate and prepare a report” where they query a particular employer’s GPG reporting obligations.

These officers will be allowed to enter employer premises at all reasonable times and require records and other documents (which the officer reasonably believes contain material information) to be handed over for inspection and/or copying.

Where the Irish Human Rights and Equality Commission reasonably believes that an employer has failed to comply with its GPG reporting obligations, the Commission may apply to the Circuit Court for an order requiring  the employer to comply.

3. Will employees be able to take claims for breach of GPG reporting by their employer?

Yes – as currently envisaged by the General Scheme.

An employee will be able to refer a complaint that his/her employer has failed to comply with its GPG reporting obligations to the Director General of the Workplace Relations Commission. The Director General will investigate that complaint in private and issue a decision. Where the decision is in favour of the employee, it may order a “specified course of action” on the part of the employer to ensure compliance with its GPG reporting obligations.

An appeal to the Labour Court, by either the employee or the employer, can take place within 42 days of the date of the Director General’s decision. This appeal will be heard in private unless, at the request of the employer or employee, the court decides to hold the appeal in public.

The Labour Court may order a specified course of action to ensure compliance with the GPG reporting obligations. The General Scheme of the Bill does not contain wording on the potential prospect of fines or other monetary sanctions.

All decisions and determinations will be published and will include the names of the employer and employee.

The employer action points are set out in our previous alerter.

The prospect of GPG reporting is gaining momentum and will very likely be made a legal requirement in a few short months. Irish employers, having had the benefit of seeing UK employers adjust to recent UK GPG reporting regulations, now have an invaluable opportunity to stress test the GPG within their organisation and take steps to address any issues.

The General Scheme of this Bill is being submitted to the Joint Oireachtas Committee on Justice and Equality for pre-legislative scrutiny. We will continue to track legislative progress closely over the coming months and will be publishing practical guidance on compliance with the reporting requirements once they are finalised. 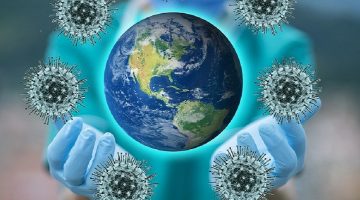