What Recruiters Need to Know About Personality Testing

Personality assessments have become a fundamental part of the selection process in many organisations. Whereas an ‘ability test’ – such as a verbal, numerical or logical reasoning test – will show whether a candidate is capable of performing well in a role, a personality questionnaire will reveal how they’re likely to perform. By combining these assessments, recruiters can gain a greater insight into each candidate, enabling them to make a more informed selection decision. But the advantages of personality testing go far beyond this.

Myers-Briggs, the first mainstream personality tool, was initially published in 1943. But in the decades after this, psychologists and researchers began to favour the so-called ‘Big Five’ personality traits: openness to experience, conscientiousness, extraversion, agreeableness and emotional stability. These were seen as desirable in the workplace. For example, conscientiousness implies that a candidate will want to perform diligently and that they’ll meet deadlines and deliver high quality work. Extraversion suggests that they’ll have social interaction skills, such as the capacity to influence and work well with others.

The use of tests to assess these five traits in recruitment gathered pace in the 1980s, driven largely by a desire to select employees who fit the organisational culture – and to avoid bad hiring decisions. Since then, online testing has gained prominence and advances in technology have led to more complex scoring models and algorithms being used. Adaptive testing has also helped to cut the overall time of a test and provide a more engaging user experience. As a result, it is less likely that good candidates will drop out of an employer’s selection process because the tests are too long or boring.

Evolving benefits
Today’s personality questionnaires can measure the finer details of job-specific competencies. For example, you can assess subtler aspects of extraversion, such as the ability to interact with others or deal with risk. But it is not always one ‘pole’ of a trait that is desirable. Extraversion has been shown to be a predictor of job performance. However, in some roles, introversion may be a more desirable quality. New traits can also be assessed. For example, ‘integrity’ has grown in importance following recent corporate scandals. Organisations now want to determine whether their employees are at risk of acting irresponsibly, dishonestly, unethically or unreliably. Safety – and the predisposition to follow rules and procedures – has also become a key concern for some employers.

The demand for ‘situational judgement’ has grown too. Assessments which measure this focus on the decisions a candidate makes or how they react when they’re faced with a specific work scenario. Situational judgement questionnaires not only give employers an insight into a candidate’s likely behaviour, they also help to inform the candidate about the issues and challenges that can arise in the role.

With today’s personality assessments, more detailed reports can be produced. For example, some questionnaires enable you to create an interview guide for line managers that dynamically generates relevant and probing questions for each candidate, based on their assessment results. Feedback reports can, of course, be generated for candidates and other reports can be produced, for example on the development implications of their results.

Crucially, the results of personality assessments can now be used beyond the initial selection process. By analysing the competencies required in any given job role, and the personality traits of high performing employees, you can create a very precise profile of ‘what good looks like’ in that role – and, just as importantly, what ‘bad’ looks like too. You can then assess your candidates and shortlist those who have the personality traits and the abilities required for success in that role.

By conducting a validity study, you can correlate your assessment results against the ‘success criteria measures’ in the role. This may prompt you to tweak certain aspects of your selection process, such as changing the ‘cut-off’ score of your assessments. When you recruit new employees at all levels – against a validated profile that highlights exactly what it takes to succeed in each role – you can transform the performance of your organisation.

Future personality assessments will be even more focused on specific job traits. We’re already seeing mobile-enabled personality questionnaires that can be undertaken on tablets and smartphones, for certain roles. Whatever the future holds, the impact of a person’s personality on their work will not diminish. As a result, personality assessment will always be a vital and desirable aspect of organisational recruitment.

HR Software in the age of COVID-19 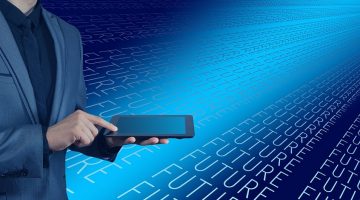 Why Silicon Docks is the place to buy HR Tech. 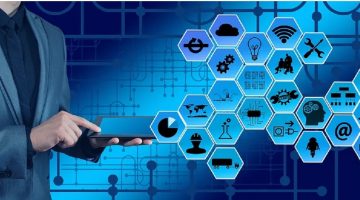