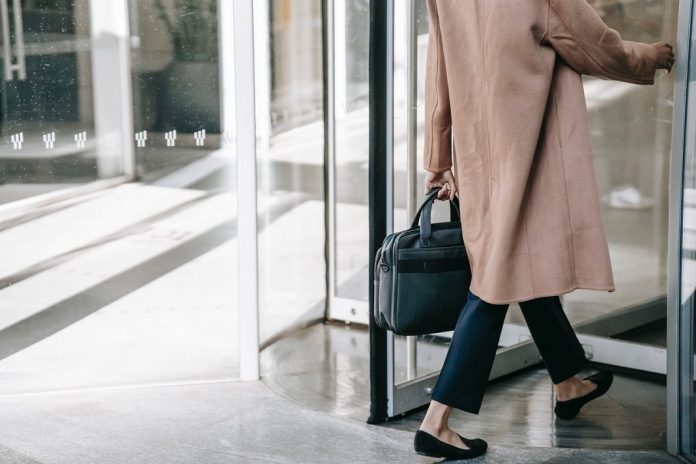 A lofty phrase that has been around for awhile, but has gained newly found prominence in recent years is the term “dignity of work”. It is uttered across the political spectrum, because it is widely thought to have universal respect and acceptance. Who could possibly argue with a concept which conveys cherishment of commitment, skill development, and above all personal responsibility to provide for oneself and their family? Dignity of work harkens not only to a pride of traditional labor honestly performed, but can also inspire and motivate all working-aged adults to do their part for the economy and community.

Dignity of work is seen as a sublime end in itself. We were raised to accept a lifetime of work. Work is contributing. Work is doing your duty. Work is good and more selfless work is better. Achievement of a profound sense of satisfaction that comes from a doing job well is the ultimate reward for our labors we are told. The grateful pat on the back from a coworker, the smile and nod from the boss, the eloquent testimonial from a delighted customer represent just some of the energizing commendations that make work invaluable.

So why then is work not felt so favorable or worthwhile for so many? We don’t have to look far to see people unhappy with their work. Dignity of work is elusive for more workers than it should be. An HBR survey in 2019 of 500+ workers found the vast majority (90%) expected to find joy in their work, but given time on the job only 37% actually experienced joy. A few years ago Gallup reported only 30% of workers engaged with their jobs. Forbes cited a survey of 411 workers, 19% of whom were satisfied with their jobs. I could go on.

Dignity is not inherent in work. Labor cannot be dignified unless some basic conditions are met. The US Conference of Catholic Bishops advocates for fundamental worker rights as a prerequisite for work dignity such as availability of productive work, fair and sufficient compensation, and a permission structure allowing for organizing and unionization among other rights. Senator Sherrod Brown of Ohio calls for enhancements of wages and benefits, healthcare costs, and retirement programs as a way of assuring dignity. Ezra Klein in the New York Times points to elimination of harmful and oppressive workplaces and for management to encourage workers to remain healthy and have leisure and family time.

I would add removal of tyrannical management, toxic coworkers, and workplace cultures that devalue portions of the workforce. However, beyond stating what is not wanted to engender dignity in work, let us focus on practices likely to lead to dignity. Workers by and large want the chance to be self-motivated. There are three key situations which encourage this. As pointed out by Daniel Pink in his book Drive, fostering an environment where workers are urged to develop mastery of their profession, exercise autonomy in decision making, and define personal and professional purpose in what they do matter greatly.

Workers want to be respected and given the freedom to grow. They want to be able to sustain reasonable financial needs by working only one 40-hour per week job. They want an executive management who understand the principal capital in their firms are their employees, who need to know they are valued. They want the support of customers who intentionally direct their dollars toward businesses who treat their employees with dignity. (It begs the question, is a business model that requires employees working for only $7.25 per hour worthy of staying in business in this day and age?)

Dignity of work should continue to be a universal value, but let’s not cling to some notion it arises spontaneously, especially under adverse conditions. It does not. Dignity may be felt individually, but it takes a community to see it is broadly shared.

B Is For Brag