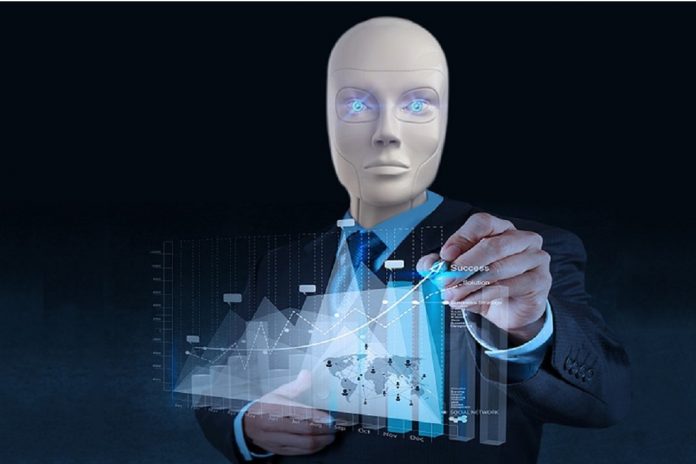 Artificial Intelligence is a marvel of human design that continues to improve throughout the years, garnering praise from people around the world. An AI that can post on Twitter has become something short of a miracle, but how much further can it reach in the next five years? Life-like robots, smart homes, and intelligent software are already here, so what’s next? The key is to look at the traditional business model and where AI can make its mark.

When we consider how a business is run, you begin to see a similar model: smartest one is the boss who runs the workers in the best way they see fit. With AI’s ability to pull in immense amounts of data and analyze it quicker than any one human, it is simple to see why a a company in China has already employed an AI “Boss” to analyze market changes. This move is the beginning of what you see as a complete shift in the traditional human model to one of computer powers. AI is much more efficient and consistent than any human can be. It will never need a sick day, it will never lose interest in its task, and best of all, it will not go against what you say. In the next five years, this will lead to many corporations turning to solely computerized work forces in order to reach maximum efficiency. The Article “Evolution of AI: Past, Present, Future” by Chrstina Aguis even goes as far as to say that around “70% and 90% of all initial customer interactions are likely to be conducted or managed by AI.” AI is likely to become almost the entirety of our workforce, increasing efficiency and revenue, the reason for every business. These businesses will then be able to expand and provide more in-depth services for their clients at a lower cost, benefiting both sides of the consumer/seller relationship. The list of pros for this new generation of AI looks to be a sure-fire way to boost business and the economy, but one cannot go without considering the cons as well.

A global change to computer science jobs and majors is the most prominent impact of AI in the coming years. Colleges will begin to pour more money into these programs in order to attract more future workers, but this will take away funding from other majors. Those that worked in the now AI controlled jobs will be forced to find other forms of occupation causing unemployment in many countries to reach higher levels than ever seen before. An example of this is within the legal system. Judges are used to officiate legal matters, major and minor. With AI, all smaller cases that don’t require much creativity and critical thinking will be passed to programs to cut down time. All human judges will thus only be required for more major cases that are far and few between, drastically cutting the hours that any one may work (Aguis). The final con to this evolution of AI comes in the form of class division. As the far superior AI is becoming more and more integrated into business, those who once filled those positions will be forced to take lower paying jobs within other corporations. The only human employee that will be necessary will be those very in power positions who already make top tier salaries. With those people making more and the middle-class workers who are laid off, the middle class will start to shrink exponentially, leaving a gap within society as a whole. As you can see although AI is going to be revolutionary for business, all the implications of this are not as positive as one might think.

When looking at both sides, it seems as though the direction of this evolution of AI is heading favors the upper class greatly. Those who are rich will continue to make more, while those below them will fall farther behind. In order to compensate for this, government intervention will be required in order to keep certain amounts of positions for human workers and also to what extent the AI will control within. The matter of whether this will happen worldwide considering the vast differences in governmental policies is unknown, but no AI will come without the outcries of everyone around the globe.

In five years, online business and markets will not run without the aid of AI. These businesses will run at peak performance all the time with no worry of worker morale or health. However, with these benefits also comes a cost. Replacing humans with robots will cause unemployment, rapid shifts in workforce presence, and in decreases in the already dwindling middle class. This is where the advancement of AI heading as the drive for more money is forever prevalent.

Leaders and the AI Organization

A Clash Of Things

Goodbody will remain as a separately regulated entity with its own brand and board [...]

What Recruiters Should Be Doing Now to Prepare for the Future...

How To Use ‘Even-If’ To Win Hard Negotiations

ABCs Of Your Career Journey – Y Is For Yesterday