You are at Home Recruitment Steps to Avoid Bad Hires

Hiring the right person for a role is never easy — but dealing with the fallout from a bad hire can be even more challenging. A bad hire can be costly. A recent report by the Recruitment & Employment Confederation (REC) found that a poor hire at mid-management level can cost a business more than €152,000. However, in terms of morale and productivity the real cost to a company can be much higher.

“A hiring mistake could dent team morale,” says Mark Fallon, Associate Director at Robert Walters Ireland. “If you have people leaving after less than three months, that is going to have an effect on your team.”
On top of that, external perceptions of your company could also be hurt and there are resource costs too. “In addition to recruitment costs, salary costs and training time, you have to spend time and resource managing any client relationships that were affected. And of course, if the market learns of these speedy departures, that tells a bad story too,” he says.

Interrogate the CV
The first warning sign to note is a poorly put together CV. Claire Dunwoody, Associate Director of Legal, Compliance, Funds & Operations at Robert Walters Dublin, says that CVs should provide a good balance of detail. “They shouldn’t ramble on, but at the same time they shouldn’t be so succinct that a candidate’s experience reads like a shopping list,” she says.

Typos and grammatical mistakes would be immediate red flags too. “Sloppy errors could well be a sign of a lack of attention to detail, which might not bode well for their performance in the role,” she adds.
In a progressively transient business world, soft skills like resilience are becoming increasingly important qualities that employers look for in candidates. As Mark explains, “an employee who changes jobs regularly could be cause for concern. An employer doesn’t want to hire someone who looks as though they might leave as soon as the going gets tough. They want to know: are they resilient to the pressures of the job, or do they just cut and run if things don’t go their way?”

A far more positive sign is someone with a proven track record at a particular company, he says. “If a candidate has a strong record of internal progression, that effectively validates their performance and work ethic. They have been successfully tested and promoted by people who know them well.”

Look out for interview danger signs
One of the key things to look for at the interview stage is the preparedness of the candidate. “An interview shows a potential employee at their very best, so failing to prepare properly could be another sign of a lack of commitment to the role,’ says Claire.

Familiarising themselves with the company’s website and annual accounts is the absolute bare minimum candidates should be doing, agrees Mark. “Strong candidates will be focused on more commercial aspects too – talking about competitors, market challenges, the potential growth plans of the company and so on.”
I find it better to hire based on attitude and potential over experience. Anyone can gain experience, but attitude and potential are much harder to find.

Body language and hygiene are obviously important indicators of a suitable hire too, along with their style of dress — Claire suggests at least smart-business casual unless the candidate is confident that the workplace has a different code in place.

Another key point to look for is the candidate’s attitude to their current role, and their stated reasons for wanting to leave. “Negativity about a current employer is a danger sign,” Claire adds. “Conversation should be positive and focused on what they actually want to get from the new job.”

The interviewee questions to watch out for
“The questions candidates ask during the interview are their best opportunity to find out more about both the company and the role they are applying for,” says Claire. “If they fail to take advantage of this opportunity it should be cause for concern for the interviewer.”

As both our experts agree, what you don’t want to hear are just questions that focus on candidates finding out “what’s in it for me?” — employee benefits, salary, holiday allowance, working hours etc. “Whilst flexible working and achieving a good work-life balance are becoming increasingly important to jobseekers, a lack of curiosity about how the role will develop or deliver job satisfaction should cause the interviewer to question how committed the candidate really is,” says Mark.

Interviewers should also be wary of candidates who don’t engage fully in conversation. As Claire warns, defensive and curt answers may indicate that a candidate is quite closed-up and inflexible, which could be a revealing sign as to how well they would work in your team.

Indications of good fit
Whether a candidate is a good fit for your business will largely depend on how they fare during the interview process, and a lot of it comes down to personal instinct. As Mark explains, interviewees with a good attitude who are open, engaging and ask the right questions during an interview are the best candidates for the job. “Put simply,” he adds, “If the hiring manager is bored by the end of the interview then it’s usually a bad sign.”
Installing a rigorous, well-structured recruitment process can help employers judge whether a candidate is a good fit. Mark suggests making sure that all candidates are asked the same standard questions throughout the process, ensuring that their answers can be judged equally. 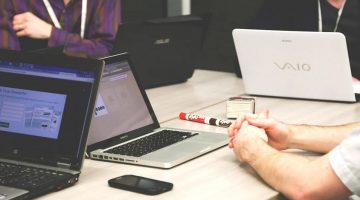 Hiring Tech Talent: How To Scan Your Candidates’ Skills 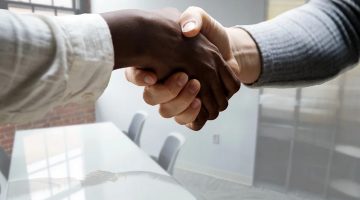 Guide To Hiring The Right People for SMEs 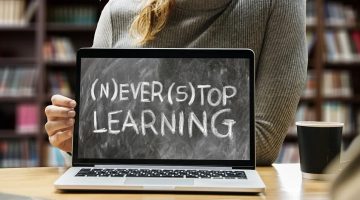 The Most Important Skill For A Startup Employee