You are at Home HR Tech Does Your Company Need An Internal Social Network?

Does Your Company Need An Internal Social Network?

Wow – that Facebook, Twitter, Instagram, etc. sure got really big overnight, didn’t it? One idea that has been running through almost every CEO’s head as of late has been the concept of creating something like Facebook, but restricting it to only exist within the company. The idea that employees could quickly and seamlessly exchange ideas is a great concept, but will it work in real life?

The Allure Of An Internal Social Network

As the person with the CIO job we work for a boss who is in charge of the whole company. This boss is very interested in trying to using the importance of information technology to find ways to make his or her company more productive. The rise of Facebook has not passed this person by – in fact they may already be using Facebook. The idea that a Facebook-like system could be set up inside of the company can pop into the CEO’s mind at any time. When this happens, all of sudden you have another job.

One of the biggest productivity killers in any company comes about when people struggle to get needed information to the right people. As the as the person in the CIO position, we’ve tried a number of different solutions in the past that have worked to varying degrees. The one solution that everyone is aware of is, of course, email. This has been both a blessing and a curse. Most people have too much email to make it through it all in an average day and so requests can sit around for far too long.

This is where the idea of an internal social network comes into play. What your CEO can imagine is a smoothly running network that allows any employee to quickly communicate with any other employee. What they see is clusters of employees who are working on the same project all staying in daily contact with each other. When new information becomes available, they rapidly share the information with the rest of the team who evaluates it using their specialists. In this internal social network world nirvana, the right decisions get made faster and put into action right away.

As great as the concept of an internal social network sounds, the reality of building one very quickly comes into contact with the harsh realities of life. The first step that any CIO has to take is to determine what social networking tool her or she is going to implement. There are really two different paths that you can take here. You can either go out and get a stand-alone social networking application (e.g. Yammer) or you can find a vendor that you are already working with who can provide you with a social networking add on to your existing tools (e.g. Salesforce.com).

Once you’ve implemented one of these social networking tools, you are going to discover that the real work is only now starting. One of the biggest problems that you’ll be facing s that if workers don’t know how to use the new tool, they won’t use it. This means that this initiative is going to need a champion at the highest levels in the company. You’ll also have to understand that once people start to share information, it will become transparent – anyone can look at it. This new transparency may or may not be welcomed by all members of the company.

One of the biggest problems that a lot of CIOs have to face is that many workers may believe that social networks have no place in this industry. The more conservative the industry, the more prevalent this feeling may be. Finally, privacy issues will probably come to the surface very quickly. Your workers are going to have to give up some of their personal privacy in order to join these networks. You need them to join, so you are going to have to do a good job of assuring them that you will guard their information well.

What All Of This Means For You

It is almost impossible to not notice the incredible growth that today’s most popular social networks have enjoyed: Facebook, Twitter, etc. CEOs have been reading article that have been telling them that they need to implement something like Facebook within their company in order to facilitate communication between workers. If the CEO decides to move forward with this idea, then it’s quickly going to become your task.

There are a number of great reasons why a company should implement an internal social network. It can boost productivity and allow employees to do a much better job of sharing critically needed information. However, when such a network gets implemented CIOs quickly find that they have a number of issues on their hands. Employees have to be trained to use the new system. The network has to have support from the highest parts of the company. Information that is shared on the network will become transparent and people will have to give up some of their privacy in order to participate.

The idea of an internal social network is a great idea. However, the reality turns out to be much more complicated. Workers already feel as though they have too much to do and adding a social network tool to the mix just makes things more complex for them. In order for this initiative to be successful, you are going to have to take the time to show the company’s employee’s the value of using the new tool. Growing Facebook was not easy and growing your company’s internal social network won’t be easy either.

Your Source For Real World IT Department Leadership Skills™

Dr. Jim Anderson has spent over 20 years consulting with a wide variety of IT firms from the very big to the very small. He provides you with his insights into the leadership needed to combine the separate worlds of business and IT strategy. His guidance offers hope to firms everywhere who are struggling with this challenge.

Subscribe to the FREE Accidental Successful CIO newsletter to learn what you need to know to do the job and have a successful career. Go here to to get your free subscription: http://www.theaccidentalsuccessfulcio.com/newsletter-2 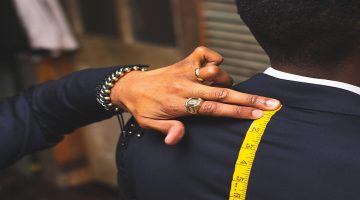 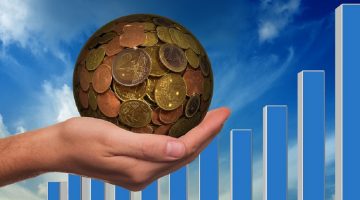 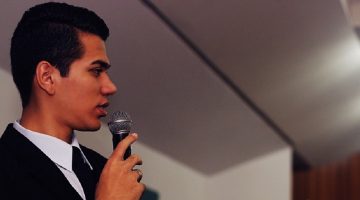