Surveys are a form of market research and in the competitive world of today; each industry thrives upon and drives towards being the best for their consumers. The most common and easiest way for primary research, surveys take the lead. In the biggest of universities and the largest of organisation, surveys are used in order to assess their products/surveys and be a thorough way of taking feedback from their consumers and their opinions based on past performance, current decision or future forecasts. Surveys are indeed the most important and essential tool which allow market researchers to gain information from their target audience regarding their product. The types of surveys which can be used to carry out market information can be online surveys (most common), paper surveys, phone surveys, and with the advancements in technology, mobile surveys have also become increasingly popular. Surveys can be qualitative as well as quantitative; Surveys help crease strategies and business models in order to aid marketing strategies to direct towards maximum profitability. If the surveys are conducted in and efficient manner and executed according to plan, there are a number of widespread advantages which can be useful to a business.

Something which many would know, surveys are cost-free/cost effective depending exactly on the method which is being used by you. Google enables one to create forms free of cost and even an existing website of the company product can have the survey displaced. Some companies also wish to provide incentives to the people who respond to these surveys. Hence for these very reasons, one always has a choice between getting a survey done for free or to keep a budget for it. In person surveys are also easier as many retailer outlets have representatives for specific products who can survey customers there and then. Online surveys can also have a cost per response but these costs are very minimal and there are several options to choose from and compare before making the final decision to what online form should be used or which offline method is best suitable and in budget.

Surveys can be as extensive as one would want them to be. Ranging from all sorts of questions, services can reach out to as many respondents as one would want them to. No other form of market research can beat the extensiveness of surveys. They can cater to usefulness in a way which has the ability to describe the characteristics of a population in a very time-saving and cost-effective manner.

As surveys are the most common method for research, there are hundreds and thousands of tools available, both online and offline, to assess and analyse the findings of the surveys. There are entire programs and systems which analyze the results in the most smallest of details. In smart systems like a DSS, surveys can be an input to a number of findings and analyzing techniques which aid the very process of decision making. Import and export of data is very easy and is workable with all systems.

Surveys are a way through which organisations interact with their consumers/potential consumers. This interaction through surveys leads to a whole new dimension leads to participation of the customer/potential customer, to feel important to be taken into consideration for research purposes. Moreover it is also an easy way for participants of the survey to get any urgent feedback or opinion across.

The target audience is of crucial importance. Through surveys, one can select a particular target audience and create medium according to reaching them in the best possible way. This option to literally handpick the respondents is indeed one of the biggest benefits of using surveys.

Surveys are indeed very easy for researchers to compile and read. Through the effective use of technology, surveys can be assessed and sorted in the most time-saving method in comparison to other means of primary research. Surveys are the most common method for research speaks volume about itself.

Surveys have proven to be fastest form of primary research in all ambits. Reaching out to the preferred audience has become no longer an obstacle rather a source of comfort thus leading to widespread use of surveys in all processes regarding data collection from stakeholders. 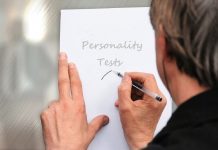 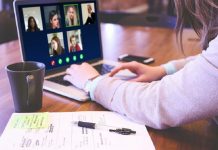 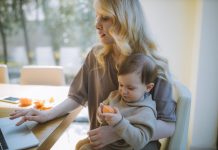 Just over half of Irish businesses to adopt remote working