As a manager, it’s important to remember one thing.

As an entrepreneur, it’s the same lesson:

People – whether they’re employees or customers – lie when they complain.

This isn’t an invitation to dismiss these complaints. No, it’s essential that you take them seriously. They’re not lying about the fact they are upset.

But, more often than not, they lie about why.

They’re not doing it on purpose. What would be the point of that? I mean, they want to feel less upset. They want you to help them… but they don’t know how.

And nor should they. As the professional, it’s your job to know.

Ask anyone involved in market research and they’ll tell you a story. Maybe second hand, maybe from their own experience. The failures are so common and easy to make that the following are handy clichés:

The majority of customers say the price is too high, so the company bends over backwards to reduce the price… only for sales to plummet, because now it’s seen as ‘cheap’ or ‘inferior’.

Or a purveyor of greasy slop offering healthier options because “that’s what the people want!”… only for it to end in embarrassment and disaster.

Or a company sees a lucrative opportunity outside their core market, and goes for it with both hands eagerly outstretched. After all, people want frozen meals… said a Colgate executive in the 1980s. The rest is hilarious history.

Even if you’re not in marketing, the lesson still applies.

See, one of my recommendations – for internal and external communications – is to overcommunicate.

Talk more with your customers and employees than you think you should.

Because if you talk to them ‘enough’, they go long enough without hearing diddly to forget your message.

But if you do that, people will complain.

They’ll say you’re sending ‘too many emails!’ or what-have-you. They’ll request, politely or otherwise, that you send fewer of them.

Their complaints are real.

That’s a straight-up fabrication, and you’d be unwise to heed it.

The same people who complain about a 200-word long email will happily binge Netflix for hours. Obviously – and despite their claims otherwise – you’re not communicating too much. They could skim each message in ten seconds or read it in a few minutes.

If people say it’s too much, then something is going wrong.

But it’s not the volume, it’s the quality.

If your messages are fun enough, surprising enough and useful enough, then people will read them. Not everyone, sure, but many will. And ‘many’ is enough to drive your message and keep it fresh in people’s minds.

Your people will take little breaks from their day. Whether those breaks involve imbibing dank memes or hearing what you have to say is up to you.

The best way to enhance your organisation is with the ultimate advantage: trust.

But how do you measure something like that, let alone improve it?

Especially if your workforce is stretched thin, cynical and burned out on change?

There are simple, effective and proven strategies you can begin implementing today. I know you can unlock the creativity, productivity and joy of your employees.

Learn how today with my free white paper and all the resources you need to launch your own trust-based change initiative: 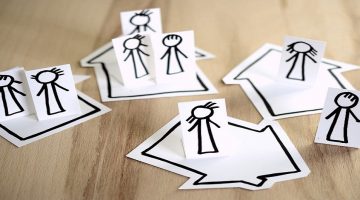 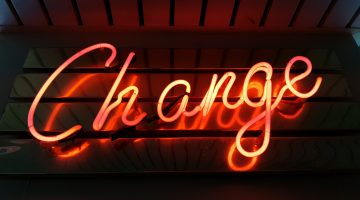 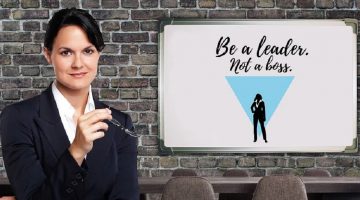 Is it Time to Move On from Traditional Leadership Models?