You are at Home Managing & Leading The Team Didn’t Gel! Getting Teams to Work Together to Deliver Results

The Team Didn’t Gel! Getting Teams to Work Together to Deliver Results

I played the drums as a kid starting in 4th grade up into college. My family suffered through many hours (and headaches) of me beating the skins to jazz, funk, and rock music. When I started playing with the school band, I had to learn that making music wasn’t about how fast I could do flam-a-diddles or how loud I could play, but how I played in relation to the other band members. If the music called for adagio (slow & leisurely pace) it would be a bad idea to break into an In-A-Gadda-Da-Vida drum solo while everyone else is playing elevator music. The important thing was to match my playing to the other instrumentalists and to make beautiful music together. While I never got to rock stardom with my own entourage and groupies, I did learn that music is about how the entire band sounds not any individual player.

There was not a clear project organization with clearly defined roles –

This goes beyond a hierarchy chart. Each person needs to know what function they play on the team, how they fit into the other functions, and what happens if they don’t do their job.

Depending on your industry or functional discipline, there may be standard or customary roles that you employ on your project. There are a few things that I have learned, though, about project standard roles as follows:

If the project doesn’t need a standard or customary role, then eliminate the role

These may sound like overly simplistic statements, but I’ve been amazed over the years with seeing cumbersome project role structures because the project manager was reluctant to deviate from standard project roles. As experienced project managers, our job first and foremost is to make sure that the right people are assigned to do the right tasks to produce the right result at the right time. At the end of the day, I’ve never been graded on how well I adhered to a standard project role structure; I’ve been graded on results.

If the project environment doesn’t have standard or customary project roles or if I’m taking on a unique type of project, then I like to take a very pragmatic approach to role definition, as follows:

By doing this, I am addressing concern or risk areas head-on by defining a role with a singular point of accountability to manage the areas of my project that are most likely to fail. This technique has helped me on more than one project to sleep better knowing that I had my most crucial areas covered.

The team finger pointed and fought in public –

On any project you do, so long as there is more than one person involved, there are going to be lively discussions. When this happens, it is very likely that something good will come of the discussion and that in some way the project will move one step closer to the finish line as a result. On past projects I have managed, I was very deliberate about letting these discussions happen and in letting team members question each other. I did put a few rules in place, though:

So, were the rules followed 100% of the time? Sadly, no (myself included). After all, we are human. However, you should still strive to get some ground rules in place to avoid team strife where you can.

There was no “rallying cry” –

You can look at many major successful campaigns and pull some slogans from them which embodied the message behind the slogan; “Where’s the beef,” “Milk, it does a body good,” and “Plop, plop, fizz, fizz” are all unifying messages that cause you to think about a product. Similarly, when driving a project it helps the team to have some kind of a rallying cry or mantra that the team embodies when driving work. On one project, we wanted to be extremely cautious of not over-designing a solution and putting too many bells and whistles in to help us keep our costs down. We started using a “good enough” rallying cry during the design phase to be a continual reminder that we wanted to not overdo the solution. It worked incredibly well because the team would critically question itself with “is this good enough?” when looking at the architecture and functionality. Aside from helping to make sure our solution was cost effective, the rallying cry helped the team to better bond.

With project teams, I firmly believe that each role needs to clearly understand what they need to do, when they need it by, and how their work fits into the big picture. I also firmly believe the project team isn’t only accountable to the project manager; they are accountable to each other since if any of the other roles fail the entire team fails. Given so, it is vitally important for each role to be visible as to what each other role is doing for the following reasons:

The point here is accountability. Each member needs to feel accountable for their work and needs to experience the joy of success as well as the discomfort of failure. The project manager needs to use discretion on making sure that things do stay constructive. Focus should be very much on how the team gets things back on track and moving forward versus badgering the team member.

In some instances, though, you may just have someone in a job who is not suited to perform. The project manager needs to deal with those situations swiftly because if he or she doesn’t, he or she is not doing his job, nor are they being accountable to the team by dealing with a problem performer.

The project manager wasn’t suited for the job –

I’ve been incredibly fortunate to have worked with some outstanding project managers over the years. In thinking about the best project managers, they’ve had the following things in common:

I knew of a very gung-ho young project manager (let’s just call him “Author”) who felt he was an outstanding project manager because he knew the techniques well (cost and schedule management, status reporting, etc.).

Because Author knew the techniques, he felt he could simultaneously take on three complex projects which really should have each had a dedicated project manager. Not only did Author learn some very valuable lessons, he unfortunately also cost his company a lot of money because others had to come in and mop up his mess. Both Author and I can’t stress enough to make sure your project manager is suited for the job.

Driving through a project is tough work. It is incredibly easy for people to get discouraged whenever the team hits roadblocks or has setbacks. It is vitally important for a team to celebrate hitting key milestones simply to keep morale up and keep project momentum. I’m not talking about three-day cruise type celebrations; it could be as simple as bringing in pizza or cake or something that allows people to let their hair down and take a bit of a breather. I would caution you about doing this too much; doing too much celebration lessens the effect of the celebration and could actually annoy your team members. I was on one project where people did not like the morale events because it only meant that they had to stay later that evening to get their work done. So, celebrate, but do it in moderation.

The team shows confusion about who is doing what –

Discussions are destructive and unproductive –

You know what this looks like; if you’re team can’t have discussions without getting personal, derogatory, or outright mean this is a pretty clear sign you’re not gelling as a team. The project team doesn’t have to be best friends with each other, but they should at least respect what each other brings to the table.

Team members aren’t helping each other –

I’ve actually been in some environments as a consultant where some team members enjoyed seeing other team members fail and did absolutely nothing to help them for the good of the project. Project team members that carry an “every person for themselves” kind of attitude are not going to perform anywhere near their full potential.

Get team members locked in a room and hammer this out. If you get stuck on a particularly contentious area or if you see tempers flaring, set it aside and work on other things, then come back to the contentious area. Make sure that responsibilities are documented and clearly accessible for all members.

Never a pleasant task, but I on more than one occasion have had a project team member taken off the project because they simply were going to remain a destructive force on the project. At the same time, I’ve also been able to turn a destructive situation around. In either event, address the issue swiftly before it does further damage to the rest of the project team.

I’ve had some of my greatest successes where the project team was physically located in the same area and had minimal physical barriers to inhibit communication. This may or may not be entirely possible depending on your project, but where you have the opportunity to co-locate team members strongly consider doing so.

Go out for a milkshake –

Sometimes it’s great to just get people away from their work environment and socialize over a favorite food and beverage. As a consultant on out-of-town projects, our project teams were typically very effective because we had more time to socialize and bond during non work hours. Getting to know each other a bit and being able to laugh as a team will pay huge dividends in overall team effectiveness.

… makes for a really dull and demotivating project. Take some time out of the project to have a laugh. I have certainly been known to play an occasional practical joke on a project or to bring some occasional levity to a particularly stressful time in a project. Just be careful that the use of humor isn’t too excessive or inappropriate; but by all means make sure that you share a laugh or two even if it’s at your expense.

As the project manager, you are expected to take responsibility for getting the team to gel and to know the barriers that exist which are preventing the team from being a highly cohesive, collaborative, high-performance team. At times it’s likely to be the most uncomfortable part of your job, but it can also be one of the most rewarding when done well. 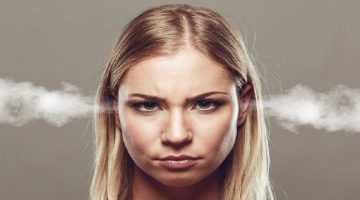 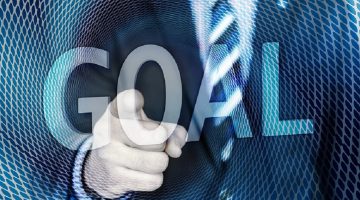 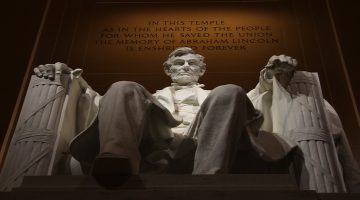