You are at Home Legal When will Gender Pay Gap Reporting become Law in Ireland?

When will Gender Pay Gap Reporting become Law in Ireland?

Last week Ireland took another step towards the introduction of mandatory gender pay gap (GPG) reporting in Ireland as draft legislation was debated before the Seanad. However, given that there are currently two separate bills on GPG reporting working their way through the Houses, it remains uncertain which bill will progress and whether either or both bills will be subject to significant amendments. Additionally, the existence of two separate proposals may delay the introduction of GPG reporting in Ireland.

During last week’s debates, the Minister of State in the Department of Justice and Equality communicated an intention that the Government’s GPG bill would be before the Houses prior to Christmas.

So what does this mean for the status of GPG reporting legislation in Ireland? Where are we now and when can we expect legislation to be enacted?

A tale of two bills

In our June 2018 client briefing, we reported that Cabinet had approved the General Scheme of the Gender Pay Gap (Information) Bill (the Government Bill) and that this Bill was being submitted to the Joint Oireachtas Committee on Justice and Equality for pre-legislative scrutiny. However, it was a separate GPG reporting bill, the Irish Human Rights and Equality Commission (Gender Pay Gap) Information Bill 2017 (the Private Members Bill), rather than the Government Bill, that was before the Seanad for Report and Final Stages earlier this week. This Bill was last seen before the Committee stage exactly a year ago (October 2017).

Briefly, the Private Member’s Bill would require employers with at least 50 employees to publish information on their GPG. It also intends to amend the Irish Human Rights and Equality Commission Act 2014 to empower the Commission to make a “scheme” prescribing, among other matters, the formula to be applied to calculate an employer’s GPG and the form, manner and frequency of reporting. Employers in breach would be liable to a class A fine (€5,000) on summary conviction.

In contrast, the General Scheme of the Government Bill indicates that it will only affect employers with at least 250 employees (at least initially) and there is no scope for class A fines. The Government Bill envisages that the Minister for Justice and Equality (rather than the Commission) would be empowered to make Regulations prescribing, among other matters, the formula to be applied to calculate an employer’s GPG and the form, manner and frequency of reporting. From an enforcement perspective, the Government Bill would enable the Minister to appoint designated officers to investigate suspected breaches of the reporting requirements. This bill envisages enabling the Commission to apply to the Circuit Court for an order requiring an employer to comply with the reporting obligation where the Commission reasonably believes it has failed to do so. Further, it is also intended that employees will be able to refer complaints to the Workplace Relations Commission for a “specified course of action” to ensure compliance with the reporting obligations.

A question of timing

The transcript of the debate that took place within the Seanad on 3 October 2018 casts a degree of light on when we can expect GPG reporting to become law in Ireland. However, so far all signs indicate a much slower than anticipated progression of legislation in this area.

During the debate, the Minister of State for the Department of Justice and Equality, Mr David Stanton, commented that, while he appreciated the “emergency and urgency” around the concept of the GPG, “it is not a simple topic” and had become “quite complex when we start to drill down into it”. Significantly, the Minister cautioned “we should get this right versus getting it done speedily“.

The Minister confirmed the Government’s “agreement with the principles behind” the Private Members Bill, but noted “issues with the specific approach proposed” whereby an independent body, the Irish Human Rights and Equality Commission (IHREC), would be involved in the “scheme for GPG reporting“. The Government’s preferred approach, as set out in the Government Bill, is that the Minister, who is answerable to the Houses, would be responsible for making Regulations.

During the debate the Minister confirmed the Government’s conclusion that it would be “easier to bring forward a new, more straightforward Bill, than to amend this [Private Member’s] Bill“. While all parties are clearly aligned on the need to introduce measures to require mandatory reporting of the GPG, it now seems unlikely that final legislation in this topical area will be enacted before the close of this year. We will continue to keep you updated of all developments on GPG reporting in Ireland. 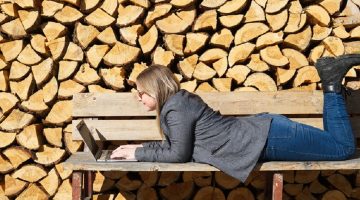