A primary school has been ordered by the Workplace Relations Commission (WRC) to pay a deputy principal over €93,000 under the Employment Equality Acts for gender discrimination. The claim arose from a competition between the complainant employee and a male colleague for a school principal’s post.

The Complainant questioned the marks awarded to her by her employer in the promotion competition and the changes to marks on her scoring sheet in particular, questioning how the successful candidate could have scored higher than her in 9 of 10 of the criteria adopted.

The school asserted that the successful candidate performed better at the interview than the claimant, that gender was not a consideration and that a fair assessment was carried out.

The WRC Adjudicator noted that the complainant had higher qualifications and more relevant experience than the successful male colleague and questioned the scoring process and the interview notes taken. It was noted that the school’s board of management did not provide a convincing and transparent rationale for their scoring of the complainant. Notably, the chairman was unable to offer an explanation for reducing the claimant’s marks by 2 points and the Adjudicator observed that he took ‘significantly more notes of the successful candidates answers’.

The Adjudicator found the process was ‘tainted with discrimination on gender grounds’ and awarded the claimant compensation of 18 months’ remuneration amounting to €93.498 – a significant award considering the maximum award available is 2 years.

The case illustrates the principle for all employers that the conduct of interviews, including note taking, must be rigorous, fair and transparent. Decisions makers should be aware that interview and selection notes can be seen by unsuccessful candidates and by the WRC. Furthermore, employers must be prepared if necessary to explain their decision in an objective manner. An inability to explain a reduction in an applicant’s score may raise an inference of discrimination which it may be impossible to come back from.

Other elements of the claim were not upheld.

The Complainant’s first complaint was that she was discriminated against by the school on the basis of her family status and gender in failing to notify her when the position of acting deputy principal arose in January 2018 while she was on maternity leave. The school contended that that this part of the complaint was out of time as the employee did not lodge her claim until August 2018, which is beyond the six month timeline for lodging a claim to the WRC. The WRC accepted that this element of the claim was out of time.

The claim relating to discrimination on grounds of family status was also not upheld as the WRC Adjudicator found that the complainant’s representative did not submit any evidence to support this claim. 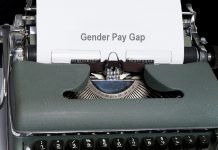 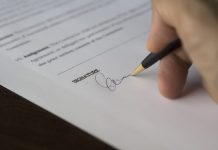 Contracts of Employment and Jurisdiction 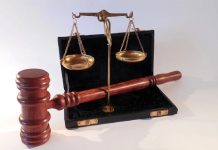 Employee’s Claim For Reasonable Accommodation Fails at the WRC