The caveman needed to survive. Man found safety in groups. It was not a matter of preference, it was a matter of necessity. If you were not a part of a group, your chances for survival were slim. Conformity to the majority became necessary to stay in a group and physical strength was the dominant factor for group leadership. Those who were strong and successful in the art of survival had the majority influence toward that conformity and only the strong challenged these leaders. If you challenged the leadership, you needed to be prepared to fight. And, if you lost, you were forced to leave the safety of the group and fend for yourself. The risk was great so there were few challengers and it became an ingrained survival response to gain acceptance from the group, so people just kept quiet.

It was a time of compliance!

…Then came the significance revolution

The caveman’s brains got bigger and more developed. Individuals became torn between finding there own path and gaining there own recognition, verses conforming to the group. Physical strength was no longer the dominant factor for influence. Now, people could think! Survival was no longer the acquisition of food and shelter; it had become a fight of ability. The more intelligent you were (and able to apply it), the more valuable you had become. The more influence you could exert over others, the more powerful you became. We began to compete for significance trying to show others how important and able we are, and if they believed us, or in some cases feared us, we became even more important.

We created a civilization that needed to be right!

Then came the industrial revolution…

…and groups evolved into teams but the fundamentals of our survival instinct, our emotional evolution and the emotions that drive us were still there, and a major part of our psychology. Our ability to work at our peak in teams depended on the way these emotional drivers and understanding the dynamics they promote.

Today, the caveman has evolved and the awareness of our psychology has expanded.

We now seek better ways to improve our selves and our performance, but our caveman nature sometimes gets in the way. While our modern brain is influenced by numerous factors of emotional drive, the three that came from our caveman days are still central to our performance in teams:

As with our caveman ancestors, our fear of loss is more important that our potential for gain. Loosing (or the potential of loosing) our sense of belonging or our sense of security or significance are materialize in caveman like reactions. These reactions are sometimes subtle.

Our caveman reaction for conformity is driven by our need belong and feel secure in the group, so we keep quiet and comply. And if we do challenge, we are probably depriving others of their significance or security, causing them to react to “protect” themselves. This can either escalate to greater conflict, or it may revert back to compliance and conformity to prevent conflict. Either way, these are still caveman reactions and are NOT useful to high performance teams.

The greatest obstacle to high performance is the caveman’s reactions to loosing significance, in order for the caveman to be right, he must make someone else wrong, and that means, more caveman reactions from the other team members! And the worst part is that reality is not what matters, the caveman reacts on emotion without fact, and so “perception” influences reaction. When someone feels wrong, they feel less able; they may feel like they have less control and therefore are less secure, they react with aggression or submission out of dissatisfaction, and a lesser desire to cooperate affects their performance and the entire team.

So how do we get the caveman out of our teams so we can stop reacting and act like the evolved humans we have become, able to perform at the peak of our abilities?

There are 4 stages to our evolution into “awakened” team members

Each stage is a stage of awareness. It awakens our greater perception. But for it to be effective, the entire team has to take this journey. But there are consequences, once team members have awakened, they will never view teams again in the same way. They can never go back to the way it was and can never be satisfied with mediocrity. Each stage opens our eyes to the caveman within ourselves and others, and it lets us use the intelligent part of our brain to send this caveman back when he tries to invade our minds and body. Different team members may be at different stages in their evolution, where are you? These 4 stages are as follows:

Stage 1: Acknowledge the primitive caveman in you

Look at the behavior you have had in the past. How many times have you gone against your better judgment to “go with the flow”? Discover your need to belong to the group, to be accepted by your pears. How has this need manifested itself in your interaction with others? What has it prevented from achieving? Would your relationships Really be damaged if you expressed your views and opinions or confronted someone else’s potentially bad decision, or is it possible you would gain more respect. As a leader, is it more important for you to be liked than to get the expected results?

By reflecting on the behaviors you have displayed in the past, and realizing the damage you are doing to your personal effectiveness and the effectiveness of those around you, you can see the primitive caveman for what he is. This is the first step in your evolution. 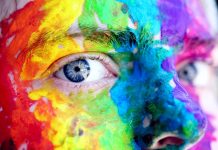 Do You Have Visibility in Your Organization? 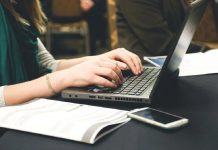 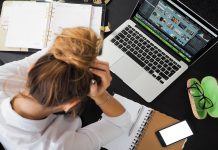 Strengths, Struggles and Stressors! What’s Yours?