In this article I outline why we sometimes avoid giving any timely feedback and 7 key steps to ensuring your feedback is accurate, timely and constructive:

“There’s no such thing as failure, only feedback!”

What stops us giving feedback either positive or negative? Sometimes we don’t give feedback for fear of upsetting people? Maybe they know far more than we do and could challenge us? Maybe we fear the consequences and their reaction?

Whatever the reason, giving effective positive and constructive feedback is at the heart of any successful management process, but in my experience is often the area that creates the most difficulty.

Having recently completed a post-implementation review of a new PMS system in a client company, one of the key factors which needed to be improved was in relation to giving timely feedback, both good and bad. Employees felt managers had “favourites.” Sometimes the feedback was inadequate, for example, a common message was, “you’re fine!” or “wouldn’t you hear about it if you weren’t doing well!” In other cases, it was completely inconsistent and the most demotivational aspect for employees , was that managers did not follow up with regular feedback reviews.

“The person who never made a mistake, never tried anything.” Albert Einstein

Good feedback may be defined as constructive comments about past behaviour, delivered in the present, with the aim of influencing positive behaviour in the future.

The key here is that feedback is influential so it is important that is fair and consistent. Feedback influences the future behaviour of your staff.

When employees receive feedback that is specific, can be clearly measured, is relevant to them and is within the parameters of the job they carry out and given in a timely fashion, they are more likely to know what is expected of them, and to repeat that successful performance.

Feedback which describes observed or verifiable behaviour and facts is very different from feedback which evaluates the person based on assumptions, interpretations, generalizations and judgments about what the behaviour or facts mean.

1. “That was a very poor report. I wish you were more committed to doing a good job.”

2. “Your report was not formatted according to standard practice and the content was based on data which is a year out of date.”

Note that in the first statement, the speaker has made a personal judgment about the employee about lacking commitment, and the statement about the report being “poor” is evaluative without being helpful. The second statement, on the other hand, lets the employee know exactly what needs to be improved without judging his or her character or motives.

Employee performance is more likely to improve when you ask them to do something differently rather than asking them to be different.

Effective feedback consists of statements about observed or verified behaviour related to performance standards. If the employee does not understand what you expect or what the standards are, it is important to give clear messages about those expectations and standards, confirm understanding, and then give the employee a chance to improve performance to meet them.

Effective constructive feedback is based on specific, observable or verifiable, data and information, and should be delivered as soon as it happens, not a month later or six months later!

The critical factor is to ‘Feed Forward’ – not backwards. The issue has happened. Outline what has happened and ask the employee what steps would ensure that they overcome this next time, what they have learned from this situation. If it is a behavioural issue, outline what impact this has had on the team and ask what steps they would take to change their behaviour. It is not just the individual that is affected by bad behaviour, but the entire team.

After describing your observations to the employee, ask for his or her input before you decide what the behaviour means. For example, you may observe that an employee has been arriving late over a period of days. Before you decide that the employee is being irresponsible, seek more information. You may find that there is a valid reason that is driving this behaviour, or there are other factors which would contribute to your understanding.

Communicate by your words, body language and tone of voice that your intention is to be helpful when giving feedback. The goal of feedback is to reinforce or redirect performance so that the employee can be successful in future.

1. “This was definitely not your best work.”

2. “This project was completed three weeks later than you originally estimated. The result is that our client is thinking about bringing their business to an outside consultant next time. What would you need to do to make sure we can retain their business and that it will be delivered on time in the future?”

Statement 1 is very vague and does not tell the employee what the specific performance problem was. Statement 2, on the other hand, gives the employee a more complete picture of what needs to be improved and the importance of improving performance. It also enlists his or her support in improving future performance.

1. Establish the Facts
2. Focus on Specific Behaviour – not the Person or Attitude
3. Explain what was wrong
4. Explain effect of their behaviour
5. Ask for a discontinuation or change
6. Offer assistance and /or resources
7. Do it as soon as it happens

2. Everyone on the team appreciates the way you facilitated this meeting. You identified the areas in which we were unclear and clarified it well. You summarized to help us stay on track, and you maintained your impartiality. As a result, we were able to come to a decision today rather than haggling over details for another week.”

Statement 1 is vague. Statement 2 is very specific. When feedback about successful performance is given in specific terms, the employee knows which behaviours to continue or repeat.

1. Establish the Facts
2. Focus on Specific Behaviours
3. Explain what was right
4. Explain why it was right and its impact
5. Ask for continuation
6. Express your personal appreciation and support
7. Do it as soon as it happens

Where to give feedback

Feedback about performance in need of improvement is best delivered in private to avoid embarrassment to the employee. Some people are also embarrassed when feedback about successful performance is given in front of others. Feedback is more effective if you know and respect the preferences of each of your employees.
By following these 7 key steps, you can ensure that your feedback is always accurate, timely and constructive!

About the author
Deirdre Murray, Founder and Director of PEOPLE RESOURCES, partners as an Executive Coach, Trainer and Facilitator with leading multinationals and public sector bodies across all sectors.
Deirdre is co-author of “Emotional Intelligence (EQ) – A Leadership Imperative!” Her second book in the management briefs series, “Communicate with Impact! Communicate & Influence Successfully,” is out now at www.peopleresources.ie. She is a regular motivational speaker at conferences, seminars and on radio broadcasts and provides journal entries for leading business magazines. 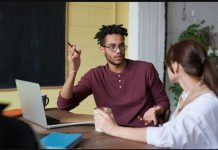 Feedback That Makes You Feel Valued 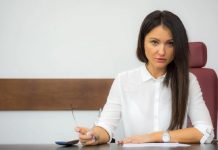 What Makes A Good Employee?

Are You Ready to Integrate 360 Feedback Into Your Appraisal Process?

Sleep is a Precious Thing

Why Do We Find It So Hard To Say No?

Building Resilience for 2021 and Beyond