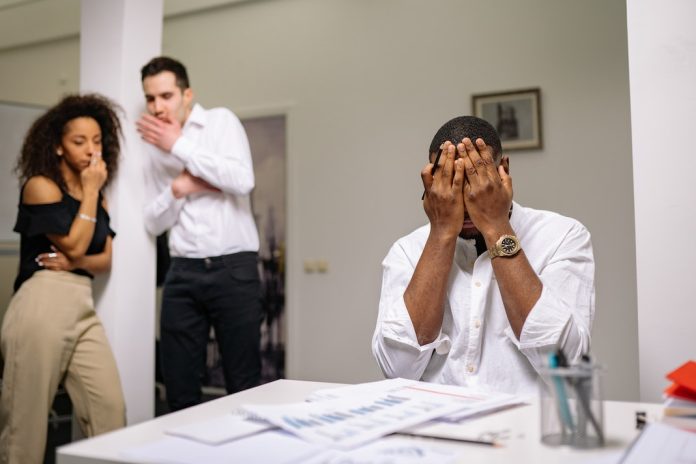 I coined this from the A&E show, The First 48. It’s a documentary about homicide investigations, and at the beginning, the announcer says, “If you don’t get a big lead in the first 48 hours, your chances of solving the murder are cut in half.”

I apply this principle to conflict resolution by saying, “If you don’t make a positive, direct effort to address the conflict within the first 48 hours, your chances of successfully resolving that conflict are cut in half.” It’s the First 48 Principle of Conflict Resolution.

1) “Make a positive, direct effort to address the conflict” This means, go to the person and let him or her know how you feel. That’s the starting point, because if you don’t express this, the other person won’t know what’s wrong. Without that, you won’t resolve it.

2) “successfully resolving that conflict” Not just any old resolution. This means resolving the conflict constructively, in a way that’s best for the team, department, or company.

This also means that you don’t yell or scream. Instead, you express the emotion by saying “it made me mad,” or “I was disappointed.” Then be specific about what happened, and what resolution looks like, but be open to hearing the other person’s concerns.

3) Act within the First 48 Hours. This is what effective leaders do. The longer we wait beyond that First 48, the more likely the conflict’s resolution will involve lots of bitterness and acrimony. That doesn’t make for a successful resolution.

Of course, we can come up with lots of reasons for not dealing with it within the First 48. Here are 4 things NOT to do:

1) Do nothing, and hope that maybe the other person leaves. Maybe that will happen. But probably not.

2) Let the conflict drag on and on, and hope that we’ll resolve it eventually. You know, let it simmer for a week or two, with the idea of addressing it later. But the farther we get from when it actually happened, the less likely we are to bring it up at all.

Next thing we know, SIX MONTHS have gone by, and we feel silly bringing up things from the distant past. So we do nothing.

3) Hope that the other person will change on his or her own. But we know that doesn’t happen either.

4) Justify taking no action by using that old stand-by, “The timing isn’t right.” And then we find that the timing is NEVER right. Come on, when will the timing be right? How about February 9, at 3:20?

The wiser leadership approach is to act within the First 48 Hours, taking concrete steps to resolve it successfully.

What do you think of First 48 Principle of Conflict Resolution?

For an Insider’s Report on 7 steps to turbo-charging yourself, your team, your organization, click here: