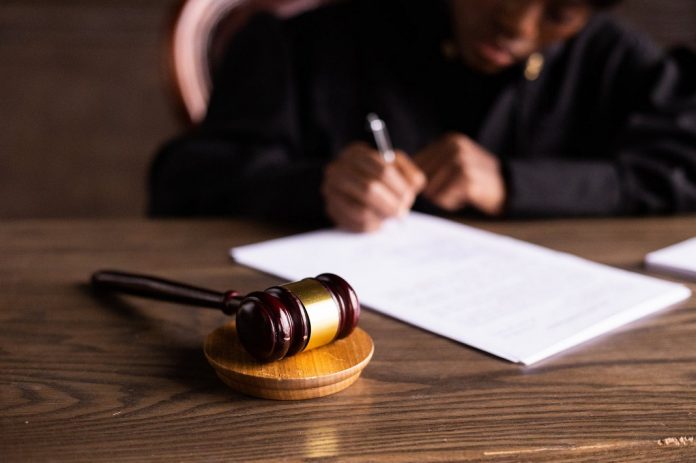 On 9 June 2021, the Tánaiste and Minister for Enterprise, Trade and Employment, Leo Varadkar TD, announced details of a new law to give all workers the right to paid sick leave. The announcement was of a scheme, to be phased in over the next four years, which would provide for up to ten days of paid sick leave per year by 2025.

Most recently, on the 5th November last, the Government has published further details with the publication of the highly anticipated Sick Leave Bill 2021 (“the Bill”), with pre-legislative scrutiny of the Bill to commence this week.

The Bill introduces for the first time a right to sick pay which will be legally enforceable through the Workplace Relations Commission and the Courts. This legislation is viewed as a progressive measure for both employers and employees that will bring Ireland in line with many other wealthy OECD countries. However, many employers are obviously concerned about the cost to business of this new law.

Currently, Ireland is one of the few advanced countries in the European Union that does not have any legislation providing mandatory sick pay. While many large companies in Ireland already have sick pay schemes in place for their employees, many employees in low paid jobs are without paid sick leave.

This divide was particularly highlighted during the Covid-19 pandemic when many of the low-paying essential workers were forced out of financial necessity to continue going to work while feeling unwell as they had no paid sick leave. Labour’s spokesperson on Employment Affairs, Senator Marie Sherlock, described the lack of paid sick leave as  “a fundamental weakness in our fight against the pandemic”. Therefore, in June 2021, the Irish government’s Summer Legislative Programme 2021 prioritised the introduction of a statutory sick pay scheme for Ireland.

(a) the state of the economy generally, the business environment and national competitiveness;

(b) the potential impact, including the potential for any disproportionate or other adverse impact that the making of an order will have on the economy generally, specific sectors of the economy, employers or employees;

(c) annual and quarterly data on earnings and labour costs as published by the Central Statistics Office;

(d) expert opinion, research, national or international reports relating to the matters specified at paragraphs (a) to (c) that the Ministers considers relevant;

(e) such other matters as the Minister considers relevant.

Statutory sick leave days can be consecutive or non-consecutive and employees must provide the employer with a medical certificate signed by a registered medical practitioner stating that the employee named in the certificate is unable to work.

(a) specify the percentage rate of an employee’s pay, up to a maximum daily amount, at which statutory sick leave payment will be paid,

(b) subject to the maximum daily amount specified in accordance with paragraph (a), specify an allowance in respect of board and lodgings, board only or lodgings only in a case in which such board or lodgings constitute part of the employee’s remuneration calculated at the prescribed rate, or

(c) subject to the maximum daily amount specified in accordance with paragraph (a), specify basic pay and any pay in excess of basic pay in respect of shift work, piece work, overtime, unsocial hours worked or hours worked on a Sunday, allowances, emoluments, premium pay (or its equivalent), or any other payment as the Minister considers appropriate, that are to be taken in to account in the calculation of statutory sick leave payment.

Interplay with Contracts of Employment

(a) as favourable to an employee as, or

(b) more favourable to an employee than, an entitlement to statutory sick leave in accordance with this Act, and any such provision shall be in substitution for, and not in addition to, that entitlement.

Non-application of obligations under Act

The Bill also provides that the obligations under the legislation shall not apply to an employer who provides his or her employees a sick leave scheme where the terms of the scheme confer, over the course of a reference period set out in the scheme, benefits that are, as a whole, more favourable to the employee than statutory sick leave.

In that regard, to determine whether a sick leave scheme confers benefits that are, as a whole, more favourable than statutory sick leave, the following matters shall be taken into consideration:

(a) the period of service of an employee that is required before sick leave is payable;

(b) the number of days that an employee is absent before sick leave is payable;

(c) the period for which sick leave is payable;

(d) the amount of sick leave that is payable;

(e) the reference period of the sick leave scheme.

A “sick leave scheme” is in turn defined as follows –

(a) a contract of employment,

(c) a collective agreement negotiated with a recognised trade union or staff association, or

(d) any individual or other group arrangement.

The Bill provides that the Labour Court may, on application to it by an employer or an employer’s representative, exempt an employer from the obligation to pay an employee or number of employees statutory sick leave payment otherwise payable to them under the legislation. Such an exemption cannot exceed one year, and cannot be for less than 3 months. The application for an exemption will result in a hearing by the Labour Court, followed by a written decision of the Court.

subsection (1) unless it is satisfied that—

(a) where the employer makes an application for an exemption, and that employer

employs more than one employee, he or she has entered into an agreement with—

(i) the majority of the employees,

(ii) the representative of the majority of the employees, or

(iii) a trade union representing the majority of the employees,

(b) the employer’s business is experiencing severe financial difficulties.

(a) the employer has informed the employees concerned of the financial difficulties of the business and has attempted to come to an agreement with the employees, their representative or trade union in relation to a proposed exemption from payment of statutory sick leave payment, and

(i) having regard to the number of employees employed by the employer, that a material number of those employees would be likely to be laid-off

employment with the employer, or made redundant, or

(ii) that the sustainability of the employer’s business would be significantly adversely affected.

There is appeal from the Labour Court to the High Court on a point of law.

(b) demotion or loss of opportunity for promotion,

(c) transfer of duties, change of location of place of work, reduction in wages or change in working hours,

(d) imposition or the administering of any discipline, reprimand or other penalty (including a financial penalty), and

The Bill provides that employers must make a record of the statutory sick leave taken by each employee, and such records must include the following detail and must be maintained by the employer for a period of four years (and failure to do so without reasonable cause is an offence under the legislation);

(a) the period of employment of each employee who availed of statutory sick leave,

(b) the dates and times of statutory sick leave in respect of each employee who availed of such leave,

Enforcement and Liability for Employers

The Bill provides that, where an employee believes that his or her employer has failed to comply with the provisions of the legislation in relation to statutory sick pay, the employee can make a complaint to the Workplace Relations Commission (“the WRC”). A decision of the WRC under the legislation may include an award of compensation (in favour of the employee concerned to be paid by the employer concerned) of such amount, as the Adjudication Officer considers just and equitable having regard to all the circumstances but shall not exceed 20 weeks’ remuneration in respect of the employee’s employment.

Claims must be referred to the WRC within six months of the occurrence of a dispute relating to the entitlement of an employee under the legislation.

The bill as drafted has now commenced its journey through the legislative process and so will have to wait and see what amendments are introduced by the Dáil and Seanad.