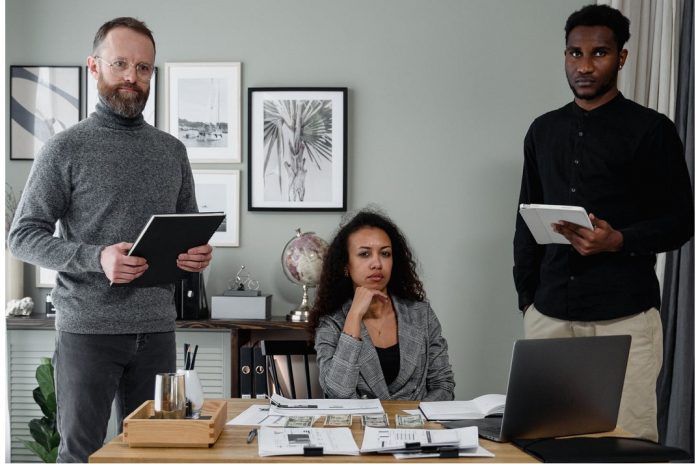 Would you like to work for a business where everyone knows how much each other is earning? No hushed conversations. A culture of salary openness. Well, that may only be just around the corner; pay transparency is gaining more and more traction.

Despite governments increasingly promoting transparency by introducing legislations around the matter in an attempt to prevent pay discrimination, plenty of organisations still follow the ‘strictly no salary talk’ policy. Others, such as Buffer, are publicly listing each employee’s salary (including their names and job titles).

This transparency trend has increased in popularity over the last few years due to a number of factors. One being that third party-websites, such as Glassdoor and Payscale, allow employees to share their salaries anonymously, and therefore easily access salaries of companies – including their own employer.

Similarly, multiple recruitment agencies produce annual Salary Guides, which show market pay rates – both for permanent employees and contractors – based on thousands of placements. These guides provide the average salaries organisations are paying for any given position.

Finally, the vast number of millennials in global workforces (a generation comfortable with sharing personal information online) is also a significant contributing factor.

To understand the benefits and potential downsides of pay transparency, we have looked at:

The below post on LinkedIn received a huge amount of engagement from users. However, Finland is not the only country introducing legislations to help stop gender based pay discrimination…

Canada is currently working on a new online tool to provide citizens with user-friendly, online information on employer wage gaps. It will present aggregated wage gaps in the form of hourly rate gaps, supported by:

The Pay Transparency Act, introduced in Ontario, requires: (a) all publicly advertised job postings to include a salary range, (b) prohibits employers from asking about past compensation, and (c) mandates that employers report gender earning gaps to the Province.

Based on a 2017 law, most employees in Germany have the right to know how their pay compares to peer employees. This also applies to freelancers.

Since 2017, firms in the United Kingdom with more than 250 employees are required to report salaries and bonuses by gender.

The above are just a few examples of countries introducing pay transparency legislation.

Note: Listing all countries would exceed the length and purpose of this article.
However, a quick search of ‘pay transparency law [country] provides great insights into what other countries are doing.

1. Exposing and closing pay discriminations based on gender 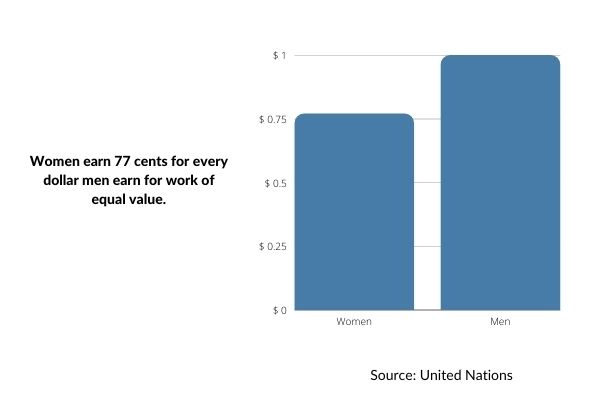 With multiple countries introducing legislations, Baker et al. examined the effectiveness of these transparency laws on the gender pay gap in their research paper ‘‘Pay transparency and the gender gap.”

They examined the impact of the introduction of pay disclosure laws in Canada on university faculty salaries and found that the introduction of these legislations has in fact led to a statistically significant 2 percentage point reduction in the gender gap.

This effect represents a 30 percent reduction in the gender gap, off of a base of 6-7 percent. 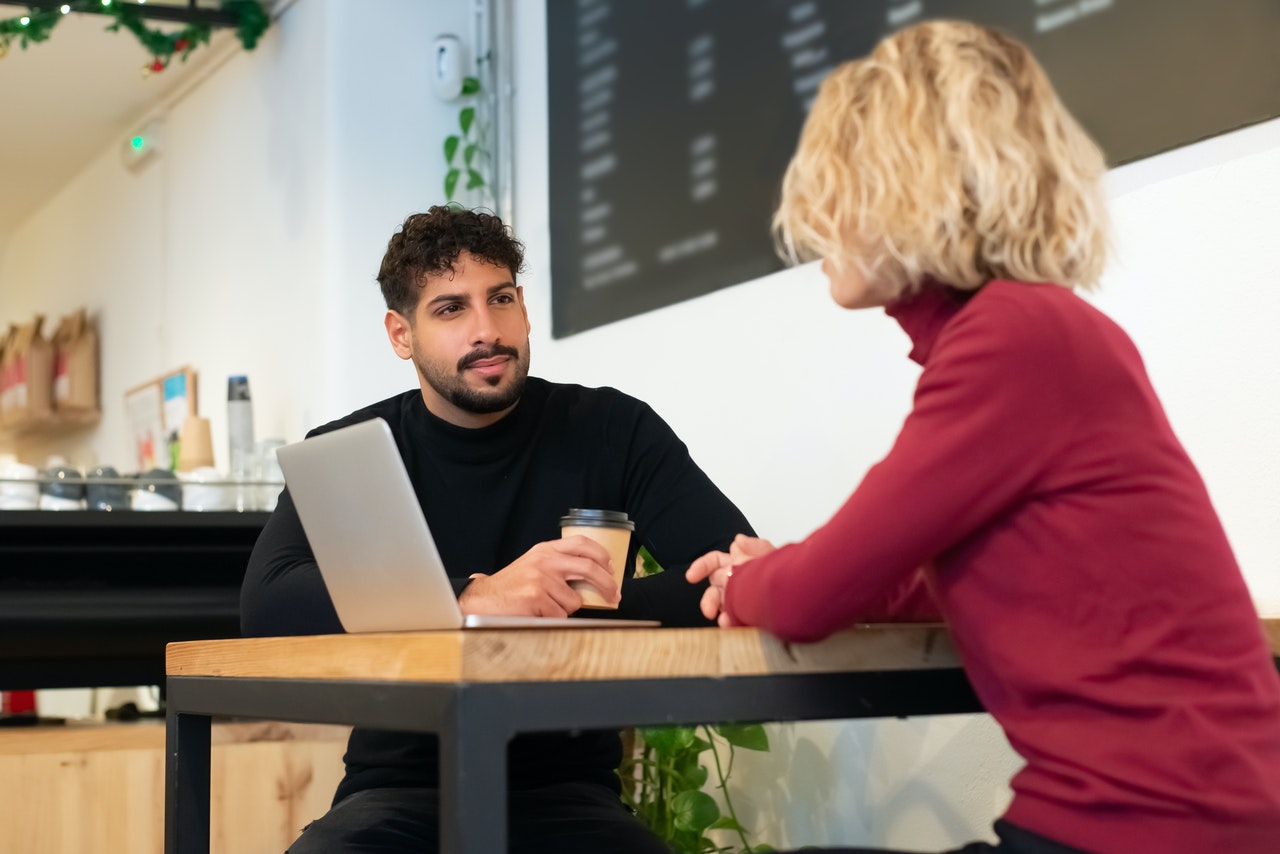 By exposing pay differences, employees who discover they are underpaid are empowered to negotiate for a higher and fair salary.

Anecdotal stories from companies with pay transparency policies show that it can have a positive impact on productivity. Dane Atkison, CEO at SumAll, says in an interview with Business Insider:

“A huge portion of humanity thinks they’re better than they really are.”

Once people come to terms with what they are worth to the company – in other words their ‘dollar value’ – they quickly up their productivity to stay competitive.

“After you get through that transition…you get a lot of motivation, a lot of hard work, and a huge reduction in bureaucracy.”

A recent study by HBR found that consumers valued a company’s product less and posted more negative content when they found out about existing gender pay gaps within an organisation.

When asked, participants were 32% more likely to choose a competitor after reading about a company’s gender pay gap.

Companies can stay ahead of the narrative by being more open about how salaries are defined. This trend isn’t going anywhere given that Glassdoor, Payscale and Salary calculators/ Guides are making it extremely easy to access salary information, so introducing more open salary conversations will allow companies to lead the conversation and avoid risking backlash.

Are there any downsides to pay transparency?

Unfortunately, pay transparency also leads to pay comparison. According to research (Cruces, Perez-Truglia and Tetaz 2013), this can have a negative impact on the self-esteem of ‘poorer’ individuals. It can also impact their social-esteem.

On the other hand, individuals who discover they are richer than they thought often get a self-esteem boost.

2. Pay difference can be misread

If an organisation doesn’t communicate clearly why a certain employee gets paid more (e.g. higher KPIs, seniority, etc.) this can potentially lead to frustrated employees. Companies need to communicate how a salary is calculated.

In his article ‘The case against pay transparency’ Zenger argues that the majority of employees (in 2016 he interviewed a group of 700 engineers from two large Silicon Valley companies) severely overestimated their performance. This means that an open pay policy would lead them to believe they are ‘underpaid’ and potentially leave the company.

However, researcher David Burkus explains that keeping salaries hidden can be more harmful to performance, hiring and even the economy at large. Burkus cites research that found ‘people who are kept in the dark about pay performed worse than those who were informed’.

Which companies have full pay transparency policies and why?

Despite there being some potential risks to open salary policies, more organisations are now fully embracing salary transparency.

Buffer, for example, not only communicates their salaries internally but has gone one step further and has published each and every employee’s salary publicly. Buffer’s statement reads:

“Transparency is one of our core values. We’ve found that it builds trust, holds us accountable, and can push our industry forward.”

For Whole Foods CEO, John Mackey, this concept of openness is nothing new. He introduced this open policy in 1986. In the book ‘The decoded company: Know your talent better than you know your customers’, Mackey explains:

“If you’re trying to create a high-trust organisation, an organisation where people are all-for-one and one-for-all, you can’t have secrets.”

Mackey wants employees to understand why there are pay differences amongst people. When employees know what types of performance and achievement earned certain colleagues more money, he thought, perhaps they would be more motivated and successful, too.

At SumAll, a marketing analytics company, it is a company-wide policy to publish employee’s full salaries, including stock and all. CEO, Dane Atkison, explains:

“It began as a simple way to avoid dishonesty, but it has since morphed into a unifying productivity booster that keeps people around.”

While literature is growing and pay transparency is gaining increasing attraction, there needs to be more research on exactly how pay transparency impacts employees, their relationships and organisations as a whole.

What can be said though is that an increased level of transparency, regardless of whether it is pay transparency or simply being more transparent in your communication as an organisation or a leader, is here to stay.

Employees as well as customers expect transparency from organisations on all levels. Transparency creates trust and trust is key to any relationship whether that is with your employees, stakeholders or customers.