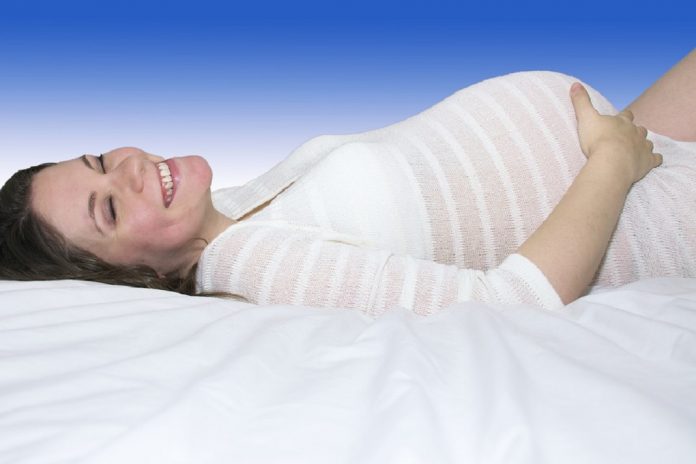 The courts and statutory tribunals tend to take a zero-tolerance approach to any infringement of an employee’s rights in this situation.

Maternity leave is very much in the news right now. For the first time in the history of the state, a serving cabinet minister has taken it.

While Helen McEntee, the Minister for Justice, will likely resume her portfolio without issue when she returns to work, many female employees encounter difficulties in doing so and they have rights and remedies to avail of in any such situation.

The starting point is the fact that Ireland has a very tightly regulated system of employee rights. As all employers know, many are enshrined in legislation, including maternity rights.

Indeed, the rules regulating the treatment of pregnant employees before, during and after maternity leave are especially rigorous. Similar provisions exist in the case of other “special leaves” – adoptive, parental, paternity and parent’s leave – but maternity leave is given particularly powerful protection.

Among other things, an employee has the unequivocal right to take maternity leave in the first place, and there is no service threshold required before they acquire this right.

Coupled with this is the fact that a pregnant employee, or one who has given birth, cannot be the subject of poor treatment under any circumstances.

It’s instructive to note that the courts and statutory tribunals, including the Workplace Relations Commission (WRC), have shown repeatedly that they take a more-or-less zero-tolerance approach to any infringement of an employee’s rights in this situation. Poor treatment of any kind from discrimination to dismissal will likely result in an adverse finding for the offending employer.

In particular, one of the most powerful protections for the employee is the entitlement to return to work once their period of maternity leave comes to an end. Cases of outright discrimination or dismissal during maternity leave are relatively rare, but cases where an employer attempts to meddle with the employee’s position or their benefits when they return to work continue to happen.

Typically an employer won’t point-blank try to prevent an employee from returning to work in the first place. An insidious approach is more likely. An employer may try, for example, to restructure duties in the hope that the employee will leave of their own volition.

An employer who tries this does so at their peril. The Maternity Protection Act, 1994 does not contain any ambiguity on this point. It provides that an employee is entitled to return to work after a period of maternity leave to the job which she held immediately before her maternity leave. Needless to say, the employee is also entitled to exactly the same terms and conditions, including salary and other benefits.

Of course, there may be occasions where there is a genuine reason underpinning the reassigning of duties. With this in mind, the legislation allows employers some discretion.

The act allows an employer to provide “suitable alternative work” if it is not “reasonably practicable” for the employer to permit the employee returning from maternity leave to return to the same work.

This is a practical solution to a practical problem. The needs of the business or the demands upon it may genuinely be such that the returning employee is needed elsewhere. However, the prohibition on tinkering with terms and conditions, including pay, remains. In addition, the courts have taken a conservative approach to “suitable alternative work”.

A good example emerged in the recent decision of the WRC involving a credit controller who took maternity leave. When she returned to the workplace after her child was born, she was abruptly informed that she would be working in the company’s sales department.

The WRC did not hesitate to categorise this as a demotion, and the employee was awarded €80,000, a costly lesson for any employer.

In another case, the employee was more or less sidelined when she was removed from her original role as head of production when she returned to work, and asked to concentrate on dealing with complaints about the product.

Again, a no-nonsense approach was taken by the tribunal, which ruled that the new role could not in any sense be considered “alternative” to the original. It was determined that the employer’s intention was to manage the employee out by giving her mundane non-essential tasks to do in the hope that she would leave in frustration.

Cases like these are stark but highly informative and contain salutary lessons for employers. The legal protection available to employees on maternity leave is very strong and an employer disregards that at their peril.

About the author
Patrick Walshe is a partner in the employment and pensions group at Philip Lee.
Patrick’s experience in non-contentious employment law ranges from drafting contracts of employment and employment policies to advising on industrial relations disputes. He also advises employment law clients in relation to health and safety issues, transfers of undertakings, equality issues and independent contractor arrangements.
Patrick’s experience in contentious employment law runs from prosecuting and defending Employment Appeals Tribunal claims, participating in Labour Relations Commission conciliations to litigating cases in the courts. He also advises in relation to bullying and harassment claims, internal disciplinary investigations and unfair/wrongful dismissal claims