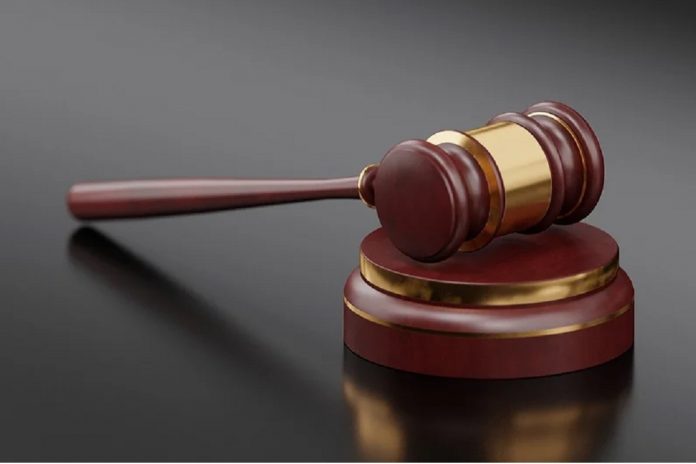 Traditionally, dismissing employees during a period of probation was regarded as low risk by employers in circumstances where such employees have not accrued the necessary one year’s service to bring a claim for unfair dismissal to the Workplace Relations Commission (WRC). However, last year’s High Court decision in O’Donovan v Over-C Technology Limited in which the employee was granted an injunction preventing his dismissal during his probationary period, copper fastened the requirement to afford employees full and fair procedures during dismissal, regardless of whether the employee was on probation. The Court of Appeal (CoA) has recently overturned the High Court’s decision.  In this article we explore the impact of the CoA ruling on termination of employment during probationary periods.

In August 2019 the employer, Over-C Technology Ltd (Over-C) appointed O’Donovan as CFO, subject to a six-month probationary period in his contract of employment. The contract expressly provided for assessment of O’Donovan’s performance during probation and where it was “not up to the required standard”, Over-C could “take remedial action or terminate [his] employment.” In January 2020, O’Donovan was dismissed on the basis of his “sub-standard” performance and paid in lieu of his one month’s contractual notice.

O’Donovan sought to assert his contractual right to an appeal and a board director was appointed to conduct the appeal process. The decision to dismiss was confirmed where O’Donovan did not attend the scheduled date for the appeal hearing.

O’Donovan sought injunctive and declaratory relief, asserting that his dismissal was effected in breach of contract and in breach of his constitutional right to fair procedures.  In particular O’Donovan complained that he had been dismissed for “misconduct”, contrary to the principles of natural and constitutional justice. He claimed he had no notice of the allegations of misconduct prior to his dismissal, he was not given the right to speak in his own defence, was not given an opportunity to confront his accusers and was given no representation (legal or otherwise) prior to his dismissal.

The categorisation of O’Donovan’s grounds for dismissal as “misconduct” rather than “poor performance” was the crux of the case, and whether O’Donovan should have been afforded fair procedures during the dismissal process.

In the High Court, Justice Keane applied the test for granting a mandatory injunction as stated in Maha Lingham v Health Service Executive and found that, while O’Donovan had not established a strong case that he had been dismissed on grounds of misconduct, he had established a strong case that his dismissal was in breach of his contract of employment.

Relying on the decision of Naujoks v Institute of Bioprocessing Research & Training Limited, Keane J held that the obligation to afford an employee fair procedures was “not confined to cases where the dismissal was by reason of an allegation of misconduct” but applied equally to a “poor performance” dismissal. Accordingly, Keane J was satisfied that the outcome with the least risk of injustice lay in favour of granting an interlocutory injunction to reinstate O’Donovan and to pay his six months’ salary.

Over-C appealed to the Court of Appeal (CoA).  Over-C argued that the decision to grant an injunction was an error where:

Over-C also argued that Keane J had failed to correctly apply the common law principles applicable to termination of employment and had wrongfully implied a contractual term requiring fair procedures for termination in O’Donovan’s contract of employment.

What did the Court of Appeal decide?

The CoA agreed with the trial judge that the nature of the complaints fell “very far short of allegations of misconduct”. Accordingly, the appeal focused on whether O’Donovan had established a strong case for an injunction restraining the termination of his contract of employment in circumstances where his dismissal was based on poor performance (not misconduct).

The CoA concluded that the trial judge had failed to give adequate weight to the fact that O’Donovan’s employment was terminated during the probationary period. This was termed  “a critical fact” by the CoA.  The CoA emphasised that, during the probationary period, both parties must be free to terminate the employment for any or no reason and that a court cannot imply a right to fair procedures when assessing an employee’s performance (other than for misconduct which does not arise here) as “this would negate the whole purpose of a probationary period”.

Simply put, “there is no suggestion that the principles of natural justice must be applied where an employer terminates the employment contract of an employee on the grounds of poor performance”. The Court relied on Orr v Zomax which distinguished between the common law claim for damages for wrongful dismissal and the statutory claim for unfair dismissal noting that the two were mutually exclusive.  In the circumstances, it was not possible for O’Donovan to argue that the principles applicable under the Unfair Dismissals Acts (requiring fair procedures in situations of performance based dismissal) should be imported into the common law.

The key question was whether O’Donovan had a strong case that he was entitled to fair procedures where the circumstances triggering his dismissal related to poor performance (rather than misconduct). In the High Court, Keane J referred to the case of Naujoks v. National Institute of Bioprocessing Research & Training Limited,  which found that an allegation that an employee had not “discharged his duties” was sufficient to imply the right to fair procedures in relation to the dismissal. Significantly, the CoA declined to follow this precedent, preferring the decision in Orr and the principle established in Maha Lingham that

Finally, the CoA highlighted the existence of the express term in O’Donovan’s contract entitling Over-C to dismiss him on notice during the probationary period. The CoA concluded that, even if O’Donovan could show he had been wrongfully dismissed, his damages would be limited to the payment in lieu of notice under the terms of his contract, which he had already received.

The CoA decision provides welcome clarification on dismissal and probationary periods.  The High Court decision appeared to curtail an employer’s ability to terminate in accordance with a contractual probationary period for performance grounds without affording the employee full and fair procedures.  The CoA decision resolves that fair procedures are only required in situations of misconduct-based dismissal during probation (as opposed to performance-based dismissals).  However, it should be noted that the line between performance deficiencies issues and misconduct is a thin one.
Quite apart from the risk of injunctive relief being sought, employers are also reminded of other avenues open to employees who are dismissed during a probationary period. This can include an application to the Labour Court under Section 20(1) of the Industrial Relations Act (for a non-binding recommendation). Employers should also be mindful of certain exceptions to the requirement that an employee have 12 months service before being eligible to take a claim for unfair dismissal to the WRC.

Ailbhe is a Partner in William Fry’s Employment & Benefits Department. She advises both domestic and international clients in relation to a variety of contentious and non-contentious employment law and industrial relations issues. Ailbhe specialises in guiding employers through crisis and change management situations, ranging from the conduct of disciplinary & grievance processes and investigations of bullying/harassment or whistleblowing allegations, to complex terminations of employment.

Ailbhe also has extensive experience providing strategic and practical advice in the context of corporate transactions and restructurings. She regularly acts for clients before the Workplace Relations Commission, the Labour Court and the civil courts.

Paid Parental Leave is on the Way – What Employers Need...