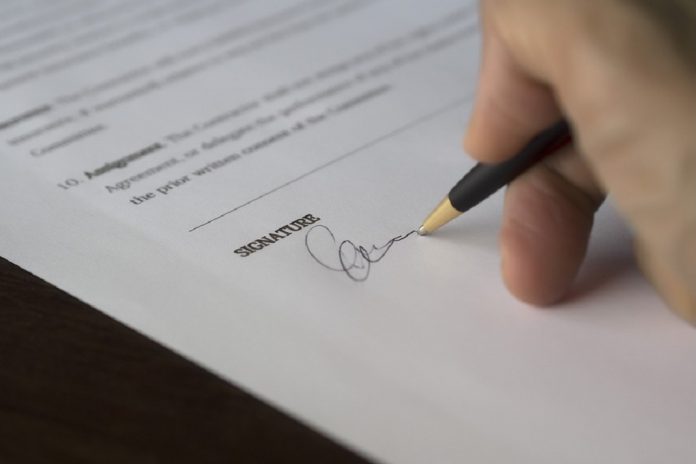 Mr Shahid Shaikh (the “Appellant”) appealed the decision of the Adjudication Officer of the Workplace Relations Commission (“WRC”).  The Appellant had been employed by Infosys India and was subsequently put on a temporary assignment to Ireland to work for Infosys Limited (the “Respondent”).  During his time in Ireland, the Appellant’s employment was terminated.

The Adjudication Officer decided that he did not have jurisdiction to deal with the case which led to the appeal. In turn the Appellant made his appeal to the Labour Court who sought to decide on the jurisdiction point alone, and therefore this case did not deal with the substance of the Unfair Dismissal complaint but rather whether the Adjudication Officer had erred in deciding that there was no jurisdiction to hear the Unfair Dismissals case.

The Appellant argued that the alleged incident resulting in termination and the termination itself had taken place in Ireland, and had involved Irish citizens.  He referred to a Deputation letter which he noted provided that “All disputes with respect to this agreement shall be subject to the exclusive jurisdictions of the courts of Dublin, Ireland.”

On the other hand, the Respondent argued that the Appellant’s employment was not governed by Irish law as at all times he remained an employee of Infosys India.  The Respondent further argued that just because the dismissal had taken place in Ireland, it did not in turn mean that the dismissal was covered by Irish law.  Their position was that the Appellant was assigned to work in Ireland through an Intra Company Permit (“ICT”) and that there was an express condition within the ICT that he would remain employed by Infosys India and therefore his employment contract was in fact governed by Indian law.

The Respondent also noted that the Appellant had to report to an onsite manager who had also been assigned to Ireland from India and also that he reported to an offshore management and HR team who were part of Infosys Ireland.

The Respondent suggested that the Deputation letter, which the Appellant referred to regarding a choice of law, only related to a non-compete clause and had since been superseded.

Both the Appellant and the Respondent referred to Council Regulation (EC) No. 593/2008 (Rome 1) Regulations (the “Rome Regulations”) and the Unfair Dismissals Acts (as amended) (the “Act”).

The Rome Regulation applies to contracts made after December 2009 and covers the law applicable to contractual obligations, a law governing the choice of law.  Generally speaking, the Rome Regulations say that employees are protected by the employment legislation of the country where he/she habitually carries out his/her work and this was a point made by the Respondent.

The Respondent referred to Article 8 of the Rome Regulations which outlines that an employee’s habitual place of work ‘shall not be deemed to have changed if he is temporarily employed in another country’ and also that ‘work carried out in another country should be regarded as temporary if the employee is expected to resume working in the country of origin after carrying out his tasks abroad.’

The Appellant also referred to Article 8 in its entirety, which also states at Article 8(1) that ‘An individual employment contract shall be governed by the law chosen by the parties in accordance with Article 3.  Such a choice of law may not, however, have the result of depriving the employee of the protection afforded to him by provisions that cannot be derogated by agreement under the law that, in the absence of choice, would have been applicable pursuant to paragraphs 2,3 and 4 of this Article.’

Both parties also referred to section 2(3)(a) of the Act which states:

“This Act shall not apply in relation to the dismissal of an employee who, under the relevant contract of employment, ordinarily worked outside the State unless—

(i) he was ordinarily resident in the State during the term of the contract, or

(ii) he was domiciled in the State during the term of the contract, and the employer—

(I) in case the employer was an individual, was ordinarily resident in the State, during the term of the contract, or

(II) in case the employer was a body corporate or an unincorporated body of persons, had its principal place of business in the State during the term of the contract.”

The Labour Court also found that although the Appellant was going to be returning to India at some stage pursuant to the ICT permit, it was an ‘indisputable fact that he lived and worked in Ireland while covered by the terms of that letter and that, while doing so, he was dismissed’.

The Labour Court accepted the Respondent’s point that the fact of the Appellant paying tax and PRSI does not necessarily mean that it confers jurisdiction on the Irish courts.

Further, the Labour Court referred to the heavy emphasis that the Respondent had placed on ‘The country where the work is habitually carried out shall not be deemed to have changed if he is temporarily employed in another country’ within Article 8 of the Rome Regulations.  The Labour Court highlighted that this section has to be read within the context of the whole of the Regulations.  As the Labour Court put it, ‘the Act applied in this country even if parties agree that the laws of another country are applicable.’  The Labour Court also viewed Article 8 as a way of dealing with issues of jurisdiction between EU member states, of which India is not one.

The Labour Court also considered the EU Charter of Fundamental Rights. In short, what the Labour Court felt this came down to is the parties cannot contract out of the employment law rights that apply in the country in which the employee works where Article 8(3) says they still apply.  Therefore the Labour Court found that it had jurisdiction to hear his appeal of the Adjudication Officer’s decision, which was overturned.

This case raises some interesting issues for companies who send employees on Intra-Company Transfers and in respect of clauses on jurisdiction.  It appears from this case that although it is a temporary transfer, this in and of itself may not be enough to circumvent Irish employment law from applying.

It is notable that the other jurisdiction in this matter is India rather than another EU member state where certain of the Respondent’s arguments would have held greater weight it seems.

Further it was unhelpful that the Deputation letter which had been signed specifically related to Ireland. Nonetheless this highlights that even ‘exclusive jurisdiction’ clauses may be of little value when on a daily basis an employee is living and working in Ireland, and it appears more likely than not that the Irish courts will have jurisdiction to hear employment cases in the WRC

About the author
Siobhán is a solicitor in Reddy Charlton’s Employment and Regulatory team. Siobhán has a wide range of experience in both contentious and non-contentious employment law. Her work includes advising employers in relation to day to day employment law queries ranging from the beginning to the end of the employment relationship. This includes employment contracts and handbooks, restructuring and redundancy advice, severance agreements, restrictive covenants and the defence of employment claims. Siobhán frequently advises employees and has acted for a number of employees in relation to the negotiation of favourable exit packages. Siobhán also advises on disciplinary and regulatory issues. In addition to practising in Ireland and the UK, Siobhán has also worked on employment law issues for the Falkland Islands.