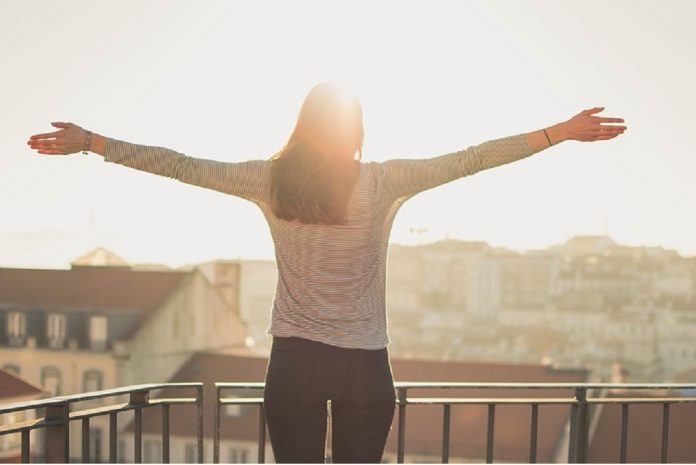 I have, at many stages in my life, been somebody who enjoys a good lie in. Even though I wake early, I have at times struggled to rise early. I have always liked the feeling of chilling out in my bed before making a nice easy start to the day. The problem with this approach was that I ended up feeling like there was not enough time in the day to complete the tasks that I wanted to complete. Of course, if almost half the day was gone by the time I dragged myself out of the bed, I was obviously going to struggle to find enough hours. I found that when I made the commitment to rise early and get my day going, I completed many more important tasks.

How I benefit when I rise early

I used to stay in bed as late as possible.  I didn’t think this made me lazy. I felt that I could just work later in to the day to get all my work done. What I didn’t initially realise was that as the day went on, there were more things competing for my time and attention e.g. other people, television, sports etc. As the day went on, it became easier for me to be distracted, and I started missing out on the things that were important, in favour of things which were urgent but not important.

One of the things which I regularly missed out on was my exercise regime. I would tell myself that I would do my training in the evening, after I had completed my work. When evening came, I was tired, contrary and more willing to be distracted. I would generally jump at the first excuse to put my training off. My weight and health began to suffer greatly. When I decided that I would rise early, I was able to do my training first thing in the morning, before anything else could distract me. Soon my weight and health improved greatly. As a result, my energy and concentration levels increased, allowing me to improve the quantity and quality of work that I was able to complete.

Once I began to rise early, I saw I was being lazy without even knowing it. While I might have been spending as much time on work related activities, I had not produced the highest quality of work or, completed work as effectively as possible. Rising early totally transformed the way I looked at life and my ability to get things done.

Test it out and you are pretty much certainly going to agree.

How you will benefit when you rise early

There are many ways in which you will benefit when you decide to rise early. The following are some of the most important benefits that you will experience:

Rising early is a great excuse killer.  Like me, you may use the excuse that there is not enough time in the day to do the things you would like to do. When you rise early, you realise that there is not much else to distract you, so you get to work on the things which are important to you; allowing you to get more done throughout the day.

Note: This is not about extending your working day as that can lead to stress. This is about getting your most important work done quicker and to a higher standard because you are free from distraction.

2.  Nobody to distract you

Once the regular working day begins, everybody is up and going. Phones start ringing and emails start arriving. There are more people to distract you and make demands of you. If you start just one hour earlier, the majority of those people are nowhere to be seen or heard. This allows you to focus on your most important tasks and get them done. Once you have achieved this, even if something urgent distracts you, you have still had an effective day where you completed your most important task.

3.  You get a head start on your competition

There is an old saying that the biggest factor in achieving success in business is simply turning up. If you consistently turn up earlier than your competitors, you will produce higher quality work more frequently. Most people are not prepared to make the commitment required to rise early on a consistent basis. If you do, you are giving yourself one major advantage.

One of the biggest challenges facing the ambitious professional is balancing work and personal life. If you try to get valuable work done during personal time, you are facing an uphill battle. You end up getting a little bit of everything done but not a lot of anything.

Whatever you are doing at any given moment, you should be able to give 100% attention to it. When you rise early, you are able to get your work completed on time. You can leave the workplace at a proper hour and then give your full attention to your family/friends, safe in the knowledge that you are on top of your work.

5.  You build the foundations of self discipline

Rising early is also an awesome place to start building the foundations of a self disciplined lifestyle.  You build tremendous will power and begin every day with greater focus and energy. By the time you used to start your day, you will feel like you have accomplished a full day’s work and will be motivated to keep going.

What time should I rise at?

If I was to suggest a particular time, that would be missing the point. The point here is to find the right time for you, which allows you to perform to your highest standard. When you decide to rise early, there will be a little trial and error involved. Rather than a specific time, think about what time you rise at now. Decide to rise 30 minutes earlier. When you have managed that, you can aim for another 30 minutes earlier. You can keep doing this until you find the optimum time for you.

As you achieve each step, congratulate yourself, because now you are up and ready when you should be for maximum success.  This is an act of self-discipline that will be the foundation of achieving your full potential. Expect it to be very difficult at first. Your body will have become accustomed to rising at a particular time and it may feel like it is trying to resist any change. In addition, you will find that you have to adjust your rest times to allow you to fully recharge your batteries. Within 21 days it becomes a habit and your body and mind achieve maximum performance. When you decide to rise early, it takes commitment and patience but the rewards are more than worth the effort.

About the author
Carthage Buckley is a Stress and Performance Coach who helps entrepreneurs, management and driven professionals to identify and eliminate the sources of stress while developing and implementing strategies to realise their objectives and create a happy, healthy and successful life.
The principle philosophy of Carthage’s coaching is that the individual can shape their own world, rather than waiting for their world to shape them. Working from the inside out, it is perfectly possible for each person to create their own life, allowing them to fulfil their personal desires while living in harmony with the world around them.

Carthage has lived and worked in 5 countries and continues to work with clients all around the world, both in person and via the Internet.